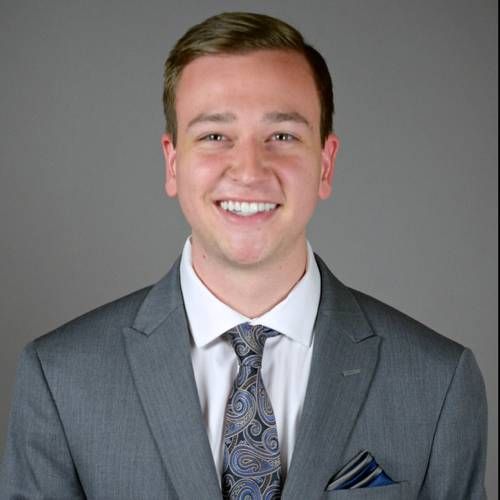 Brack Rowland is the Director of Major and Planned Giving, a role that involves supporting the station's fundraising efforts specific to major giving initiatives.

Brack's education background includes a Bachelor of Science degree with double majors in Marketing and Management from Butler University, and a Masters of Arts in Philanthropic Studies from IUPUI. In addition to his education, he brings extensive fundraising experience to WFYI from previous positions with the Indiana University Melvin and Bren Simon Cancer Center, American Cancer Society, Indianapolis Zoo and with Indy Eleven.

The St. Petersburg, Fla. native was on a college visit to Butler University when he first saw snow and winters in the Midwest. The idyllic snow-covered campus and immediate friendly vibe of Indianapolis won him over, and he's called Indiana home ever since. Brack and his wife, Jaci, live in the Eagle Creek area of town. In his spare time, he enjoys spending time running and walking his dog at Eagle Creek Park, performing improv comedy and attending Colts games.

Brack can be reached at browland@wfyi.org.