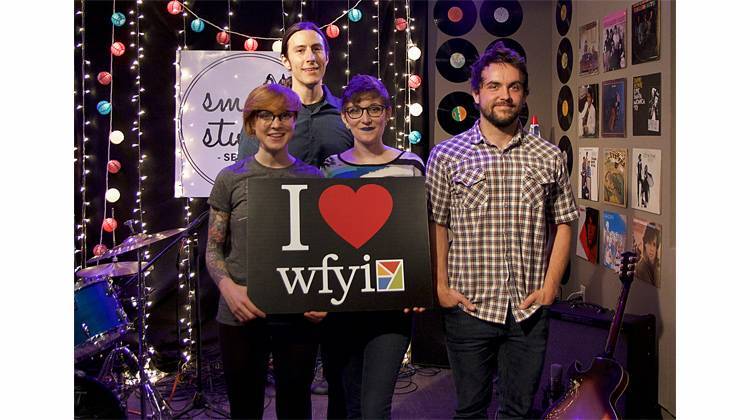 If you ask the musicians of Eliot Bigger to classify their sound, you'll get a mix of progressive, tech, and classic rock, along with a bit of pop and even a hint of classical drumming. Guitarist/vocalist Kara Tucker, guitarist Joel Tucker, bassist Jameson Rhodes, and drummer Erin Jeter formed Eliot Bigger around an Indianapolis home fireplace in 2012. In this Small Studio Session you'll hear songs from their debut album, Murals. Track List: 1. 1934, 2. Paffos, 3. Jane Doe, 4. Murals, and 5. Robot Suicide 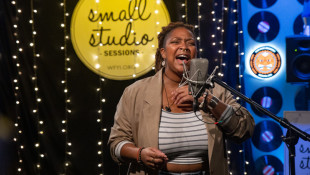 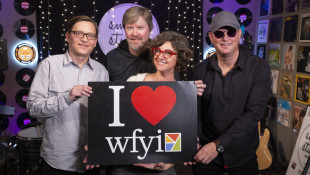 Lani and the Tramps

Lani and the Tramps play a multi-genre blend of rock, pop, Americana, soul, and blues. The unifying message of the band is love - and sharing that feeling through their music. Listen in to this four-song set and stay tuned right after for an interview with the band. 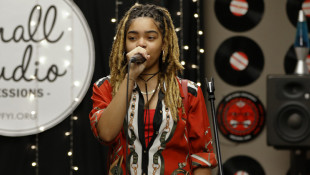 ameriKKKen entered NPR's 2019 Tiny Desk Contest, and we noticed her powerful performance at WFYI. The musician and college student is our latest Small Studio Sessions artist. Her name reflects her slogan Knowledge and Kindness is Key, as she takes negatives and turns them into positives. ameriKKKen's performance captures an artist searching for a career breakout, and a young person searching for meaning in a chaotic world. Stay tuned after the three song set for an introduction to ameriKKKen from Cultural Manifesto host, Kyle Long. 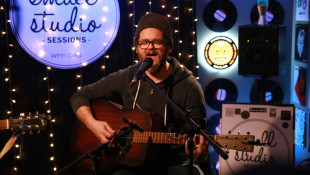 The Voice winner and Indianapolis native, Josh Kaufman. Set List: Levity, Lie to Me, Won't You See Me, and One More Night (featuring Cliff Ritchey) 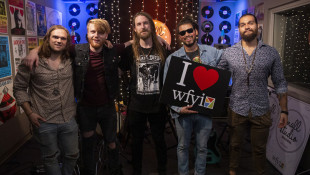 Joshua Powell plays inventive psych rock across the country, and counts over 800 live shows in the past several years. Along with his band, "The Great Train Robbery," these Indy-based artists are proving it's possible to be full time, working musicians in the city. 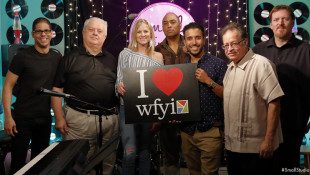 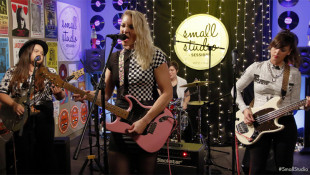 Rock band Moxxie is October 2019's Small Studio Session featured act. The band describes their melodic music as Bubble-Grunge. Stay tuned right after the three song set, as WFYI's Jill Ditmire talks with the four women of Moxxie about what it's like to make their own music in a mostly male dominated field. 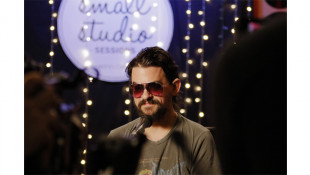 He calls himself an outlaw rocker yet country music is in his blood. Shooter Jennings is the son of Waylon Jennings and Jessi Colter. He has several solo albums but says his true passion is creating projects for other performers. He won a Grammy this year for producing Brandi Carlile's latest record. Shooter Jennings is our September Small Studio Sessions performer. 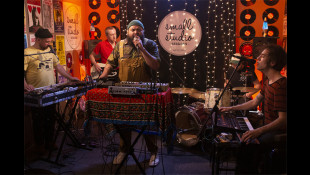 Michael Raintree describes his music as "experimental R&B." He's created a unique soundscape for the project, featuring distorted layers of synthesizers and drum machines with heavily-processed vocals. Raintree is joined by Sirius Blvck for the second song of the session. Stay tuned right after the four song set for an interview with Michael Raintree / Oreo Jones from WFYI's Kyle Long. 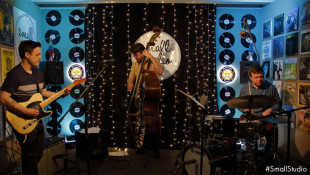 Our latest Small Studio Session showcases the work of jazz guitarist Charlie Ballantine and his trio. His newest album is called, "Cold Coffee." Stay tuned right after the session for an interview with Ballantine from WFYI's Jill Ditmire. 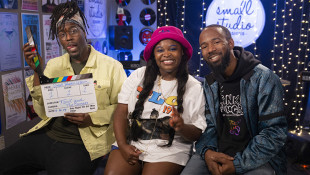 Tank and the Bangas were in good spirits when they stopped by WFYI to record their Small Studio session. That positive energy is a big part of the band's dynamic and sound, which matches an improvisational approach to jazz, soul, and hip-hop with the spoken word/sung vocals of the group's leader Tariona "Tank" Ball. Tank and the Bangas have plenty of reasons to be feeling good these days - their visit to WFYI came on the heels of a performance on the Tonight Show with Jimmy Fallon in support of their anticipated sophomore LP Green Balloon. Tank and the Bangas are poised on the threshold of a major breakthrough into the world of popular music, and they attribute much of that success to public radio. 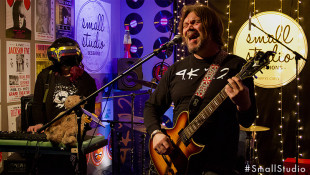 Progressive indie rock band Robots And Magic Powers is this month's featured Small Studio Sessions act. The unique four piece group incorporates a zine, videos, and an energetic stage show to complement their music. Stay tuned right after the four song set for an introduction to the band. 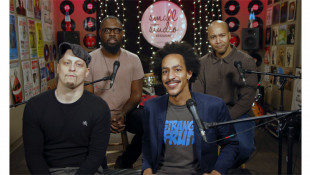 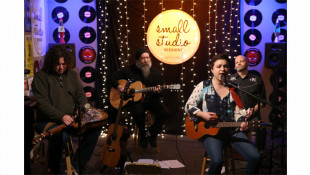 Our March Small Studio Session performer is singer-songwriter Meghan Cristeen Martin. She just released her second album, an EP called Breaking Points. She performed several of the tunes in our Small Studio along with her dad, well known Indianapolis musician Jon Martin. 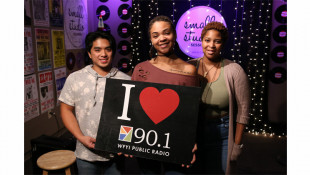 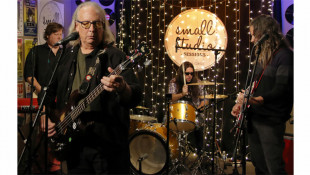 A life in rock n' roll is not easy. Just ask Indianapolis' Craig Bell. He's gone from a member of one of the country's most influential -- yet unsung -- 1970s proto-punk bands to giving up on music, and now playing with a new band. Stay tuned right after the five song set for an interview with Craig Bell from WFYI's Eric Weddle. Small Studio is made possible with support from Sun King Brewery. Set List: 1. '62 Hawk - 2. She's Alright - 3. My Chatelaine - 4. Let It Rain - 5. Out Of My Mind. Band - Craig Bell - Lead Vocals & Bass, Nick Pryor - Guitar, Dusty Privette - Drums, Brad Wallace - Keys, Guitar 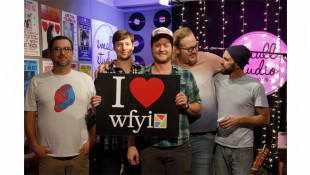 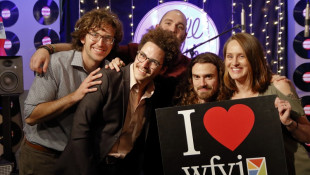 Some bands have trouble fitting into one genre and even shun the idea of sticking to a single style of music. Indianapolis based Carmichael is no exception. When pressed, the members of Carmichael say they feel closest to the Americana sound. A step softer than rock, a notch harder than folk, and a sound that stops just short of going full country - the band prides themselves on making music that can bounce between genres. Stay tuned right after the session for an interview with the band from WFYI's Scott McAlister. Small Studio is made possible with support from Sun King Brewing.