In a historic vote Wednesday, the House of Representatives is expected to impeach President Donald Trump. The vote would make Trump the third president in U.S. history to be impeached. The House of Representatives is expected to take up the articles of impeachment beginning at 9 a.m. ET with a vote to follow later in the day. Watch live in the video player. The House is considering two articles of impeachment--abuse of power and obstruction of Congress--against the president. The articles are expected to be approved along party lines. Democrats have charged Trump with using his office for personal, political gain when he asked Ukraine's president to investigate 2020 presidential candidate and former vice president Joe Biden along with Biden's son, Hunter. Republicans have called the impeachment proceedings a "sham" and accused Democrats of trying to overturn the results of the 2016 election. If Trump is impeached, the process will then move to the Senate, where a trial will be held to determine whether Trump is guilty of the charges outlined in the articles of impeachment. Senate Majority Leader Mitch McConnell said there is "no chance" Trump will be removed from office and promised to take his cues on how to run the trial proceedings from the White House. Senate Minority Leader Chuck Schumer has called for additional witnesses, including White House Chief of Staff Mick Mulvaney, to testify during the Senate trial. --- Stream your PBS favorites with the PBS app: https://to.pbs.org/2Jb8twG Find more from PBS NewsHour at https://www.pbs.org/newshour Subscribe to our YouTube channel: https://bit.ly/2HfsCD6 Follow us: Facebook: http://www.pbs.org/newshour Twitter: http://www.twitter.com/newshour Instagram: http://www.instagram.com/newshour Snapchat: @pbsnews Subscribe: PBS NewsHour podcasts: https://www.pbs.org/newshour/podcasts Newsletters: https://www.pbs.org/newshour/subscribe 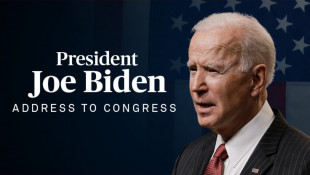