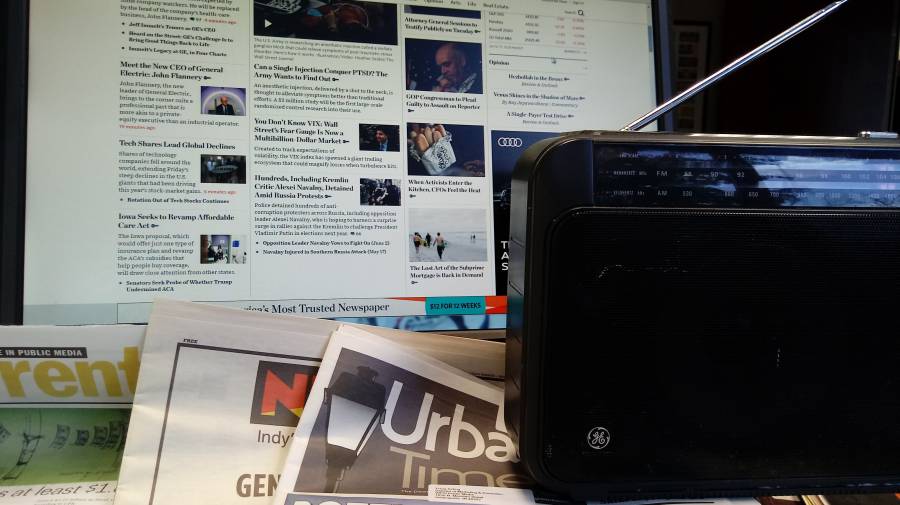 WFYI in the News

What other media are reporting about WFYI.

How to keep your money safe from scam artists

INDY STAR - The tearful call caught the Indianapolis man off guard. And that cost him $4,000. On the other end of the phone line, the man believed, was his daughter who lives with other family members in the Caribbean.
Read More

INSIDE INDIANA BUSINESS- Every month WFYIâ€™s Small Studio features bands or musicians performing original works. Some you havenâ€™t heard of yet, others are well-known artists. It highlights a mix of genres, with an emphasis on giving local and regional musical talent a chance to shine.
Read More

INDY STAR- Eva Mozes Kor speaks on forgiveness and on prospects of being the 500 Festival Parade Grand Marshal in May. She received the 2017 Sachem Award, Thursday. Kelly Wilkinson/IndyStar
Read More

THE INDIANA LAWYER- At the dinner commemorating the 66th annual meeting of the 7th Circuit Bar Association, Holocaust survivor Eva Mozes Kor asked the federal judges and attorneys to help heal the victims who come into their courts.
Read More

YAHOO SPORTS- One of the persistent stereotypes about football players is that theyâ€™re all dumb jocks who never pick up a book unless it says â€œplaybookâ€ on the cover. And while of course there are NFL players, like people in all walks of life, whose leisure reading is an ingredient label on a bag of snacks, there are many for whom thatâ€™s not the case.
Read More

What is Andrew Luck reading? Find out as Colts QB takes his book club to WFYI

INDY STAR- Indianapolis Colts quarterback Andrew Luck is comfortable with his nerdy image. So much so that the avid reader started his own book club last year. Now, the Andrew Luck Book Club has found a home on WFYI Public Radio.
Read More

INDIANAPOLIS MONTHLY- Colts quarterback Andrew Luck is expanding his popular book club to include a radio program and podcast produced by WFYI.

Hoosier Auschwitz survivor to Congress: â€˜If you donâ€™t straighten out, this is what is waiting on the worldâ€™

What happens to Indy if the arts and humanities are defunded?

NUVO- "The arts and the humanities belong to all the people of the United States." â€” The National Foundation of the Arts and the Humanities Act of 1965. It was a philosopher named George Santayana from the 1800s who said: â€œThose who cannot remember the past are condemned to repeat it.â€