An Evening with Carrie Newcomer 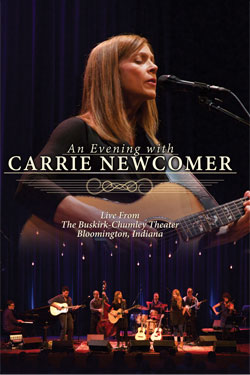 Described as a "prairie mystic" by the Boston Globe, Grammy Award winner Carrie Newcomer is known for her warm voice, exquisite melodies and an irreverent yet spiritual view of the world. During a concert at Bloomington's Buskirk-Chumley Theatre held in collaboration with WFYI in the fall of 2016, she launched her "The Beautiful Not Yet" tour.

Newcomer is a big fan of public media and how it can bring people together. "We live in divisive times, and if you listen to all the voices coming at us from different directions, they're telling us to 'Be afraid.' But everywhere I go I see the finest of people. They're everywhere, including in Indiana," Newcomer said. "I feel that WFYI and public media is a place where we can still go to have the kind of conversation that helps us reclaim a common narrative and a common good."