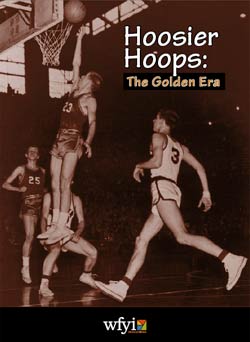 Oscar Robertson, Jimmy Rayl, Ray Craft, Bobby Plump, Hallie Bryant. During their high school days, these young men didn't just play basketball: They played basketball at a particular time, in a particular state where the sport was king, and the players were so revered that, more than 50 years later, their names are associated with what dreams are made of. Whether they were from big cities or small towns, they became legends: they were part of Hoosier Hoops: The Golden Era.