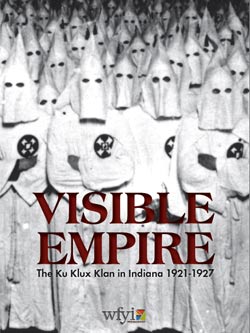 Visible Empire: The Ku Klux Klan in Indiana 1921-1927 is the story of the rise and fall of the KKK in Indiana. Featuring interviews with scholars and individuals who lived through the time, historic documents and period photographs, you will learn about the rebirth of a discredited Southern fraternal organization. Nearly 50 years later, this organization rose to near complete power in the American Midwest. Any student of American history will be fascinated with the examination of this little known period in our nation’s past, and shocked at the power and influence the KKK embodied.