Back to: Conversations About Education 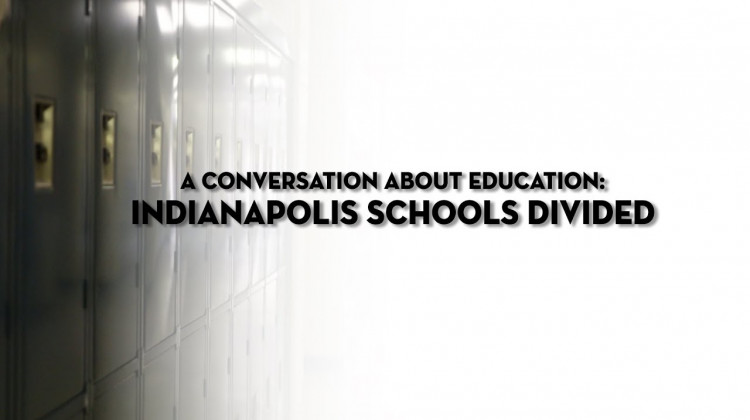 Join education reporters from Chalkbeat, WFYI and IndyStar in partnership with the Indianapolis Public Library to continue a community conversation and a recent series of articles examining why inequality and segregation persist in Indianapolis 60 years after the landmark Brown vs. Board of Education outlawed separate by equal schools and solutions that could lead to change. 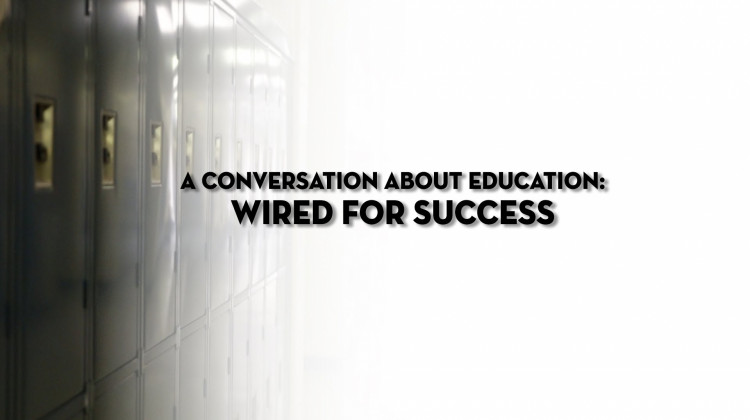 Live from Indianapolis restarting at 1649ESTFEB0315 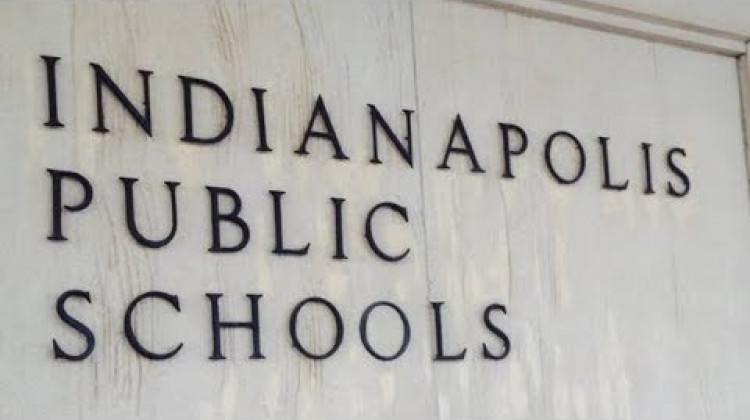 A Conversation About Education: The IPS Tax Referendum

Join WFYI, Chalkbeat Indiana and the Indianapolis Recorder for "A Conversation About Education: The IPS Tax Referendum" to find out everything you need to know about the Indianapolis school districts $272 million tax referendum on the November ballot. IPS representatives, a Purdue University professor, and others discuss how schools are funded, the referendum process and answer questions from journalists and those in attendance. 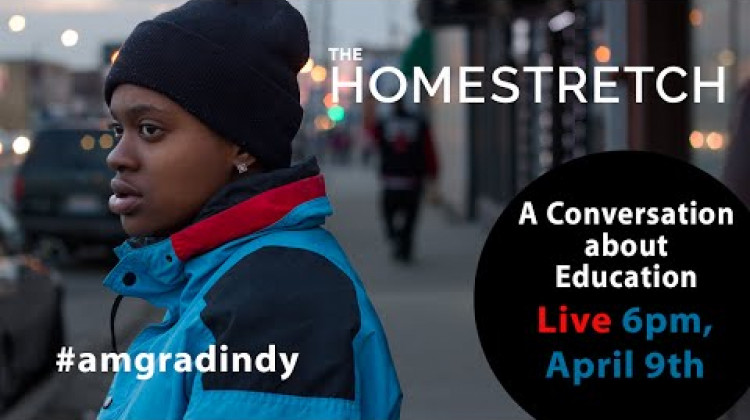 A Conversation About Education: The Homestretch

Prior to an April 13th broadcast of The Homestretch on WFYI Public Television, WFYI will host a panel discussion about issues raised in the film, such as poverty, foster youth, mental health, LBGT, immigrants and more. The program, The Homestretch, follows the inspiring story of three homeless teenagers in Chicago, who fight to stay in school, graduate, and build a future despite incredible odds. This conversation, which is FREE and open to the public, will be hosted in partnership with Indiana Connected by 25, MCCOY and the Indianapolis Public Library. Educator Training A related training for educators and youth workers will take place on Thursday, April 23, from 10 am to Noon at WFYI Public Medias Reuben Community Room. More information may be found here. http://www.wfyi.org/events/homestretch-training 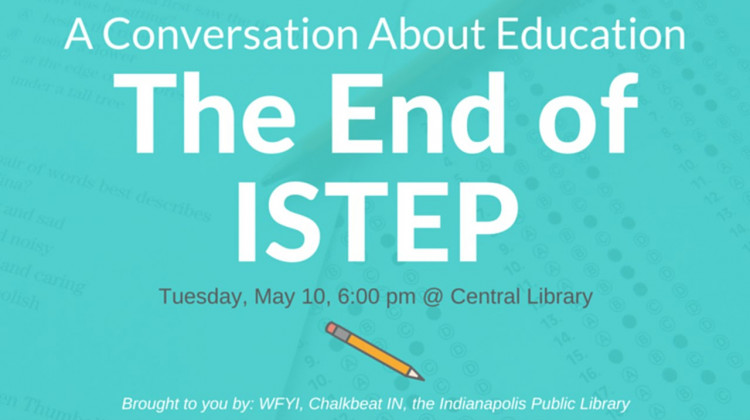 A Conversation About Education: The End of ISTEP

Now that lawmakers have officially discontinued ISTEP as the standardized test for Indiana, what comes next? Join Chalkbeat Indiana and WFYI for a "Conversation About Eduction: The end of ISTEP". On Tuesday, May 10, at Central Library, a panel of experts will discuss the end of ISTEP and what this means for the future of standardized testing in Indiana. Speakers will delve into what test obligations the state still has, as well as what directions educators and policymakers could explore in the coming months. One thing is clear: By 2018, a replacement must be found. RSVPs suggested. Friends and coworkers welcome! This Conversation About Education is brought to you through WFYI's commitment to raising awareness, deepening understanding, and moving our community to action around education issues impacting our students, as a part of our American Graduate Initiative. Follow along with this and other American Graduate events, and join the conversation on social media using #AmGradIndy. 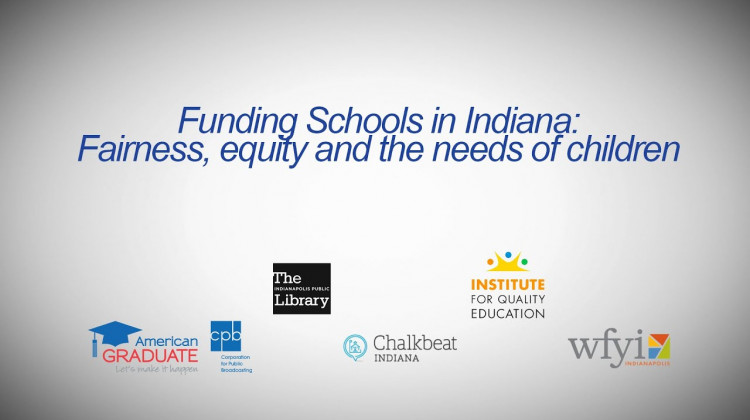 Funding Schools in Indiana: Fairness, equality and the needs of children

Join WFYI and our partners Chalkbeat and the Indianapolis Public Library for a conversation about the challenges of school funding facing school districts across indiana, proposals to change the system and ideas for how to ensure all children are treated fairly. Panelists include Indiana House Speaker Brian Bosma, Chair of the Ways and Means Committee State Representative Tim Brown, Indianapolis Public Schools Superintendent Lewis Ferebee and Northwest Allen County Schools Superintendent Chris Himsel. Share your thoughts and follow along with this and other WFYI American Graduate education conversations on Facebook and Twitter using #AMGRADINDY. **WFYI would like to apologize for any technical difficulties experienced in this video. Thank You for watching!** 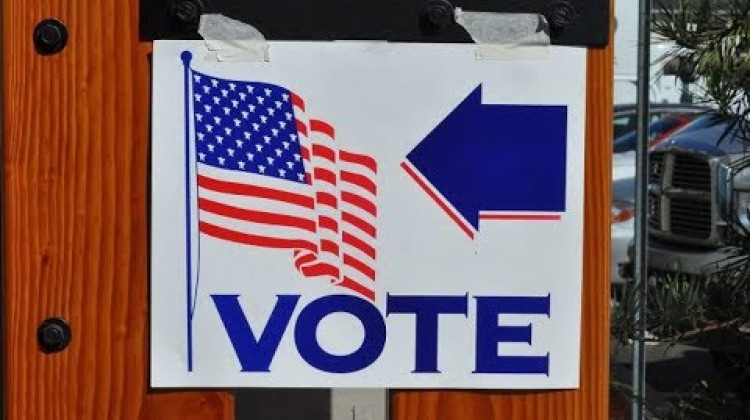 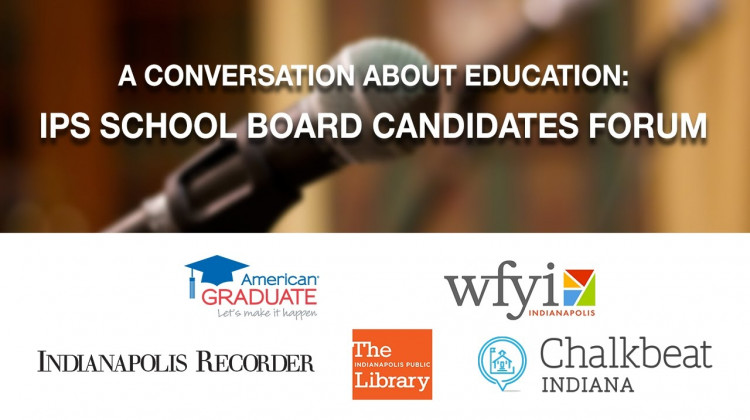 How could the upcoming school board election for Indianapolis Public Schools shift the direction of the district? On Wednesday, October 5th, 5:00 pm at Central Library, join WFYI, Chalkbeat Indiana, and the Indianapolis Recorder for a "Conversation About Education: IPS School Board Candidates Forum." The 10 candidates who are running for a seat on the Indianapolis Public Schools' board will offer their views on education and answer questions from reporters of each news organization. The conversation will be broken into two sessions: 5:00 - 6:15 p.m. Michael O'Connor - District 1 Christine M. Prince - District 1 Venita J. Moore - District 2 Nanci E. Lacy - District 2 Ramon L. Batts - District 2 6:30 - 7:45 p.m. Diane Arnold - District 4 Larry Vaughn - District 4 Elizabeth M. Gore - At-Large Jim Grim - At-Large Samuel L. Odle - At-Large Is there something you want to ask these candidates? If you have a question, please send it to news@wfyi.org for consideration. The event is free and open to the public. Friends and coworkers welcome. This Conversation About Education is brought to you through WFYI's commitment to raising awareness, deepening understanding, and moving our community to action around education issues impacting our students, as a part of our American Graduate Initiative. Follow along with this and other American Graduate events, and join the conversation on social media using #AmGradIndy. 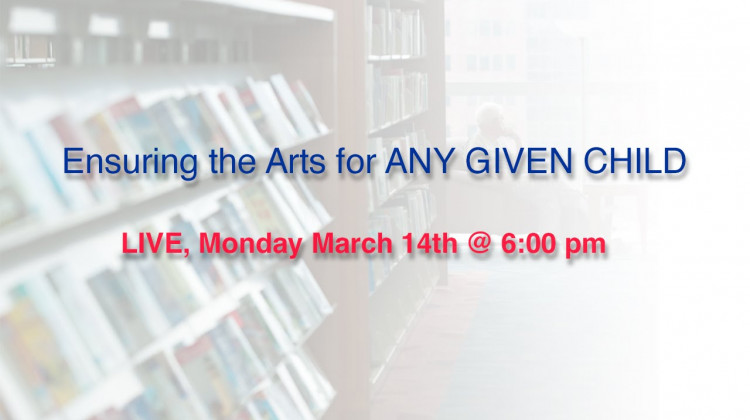 Ensuring the Arts for Any Given Child - Conversations About Education 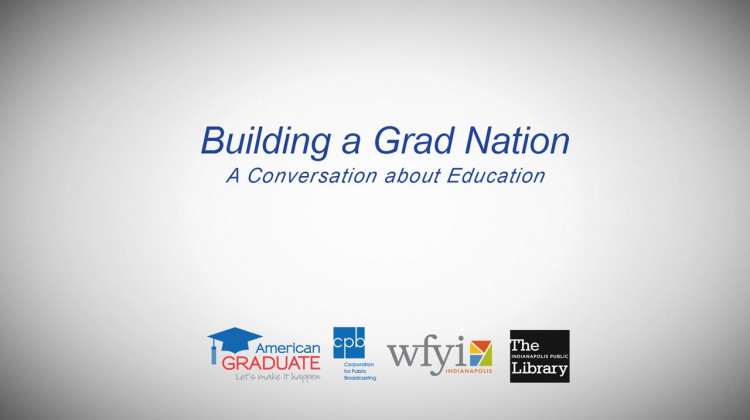 Conversations About Education: Building a GradNation

Leading the discussion will be John Bridgeland, CEO of Civic Enterprises, a public policy firm in Washington, D.C., and co-author of "Building a GradNation: Progress and Challenge in Ending the High School Dropout Epidemic," an annual report produced as part of a "Civic Marshall Plan" that details progress toward the goal of achieving a national average on-time high school graduate rate of 90 percent by 2020. Released by the Alliance for Excellent Education, America's Promise Alliance, Civic Enterprises, and the Everyone Graduates Center at Johns Hopkins University, the most recent GradNation report in 2014 shows that the nation's high school graduation rate rose above 80 percent for the first time in the nation's history. In addition, the number of students enrolled in dropout factories has dropped 47 percent over the last decade, and students of color have led the way in increasing graduation rates and leaving dropout factory high schools. These increases have come as standards to graduate have gotten tougher. Among his many other enterprises, Bridgeland's work on the high school dropout crisis has received national attention, including a TIME cover story, "Dropout Nation," two Oprah Winfrey programs prompted by his report, "The Silent Epidemic," and his leadership of a national summit on the issue with the Bill & Melinda Gates Foundation, the National Governors Association and MTV. During this program, Bridgeland will discuss promising strategies, ways to improve K-12 practices, and implications for the 2015 GradNation report to be issued in May. 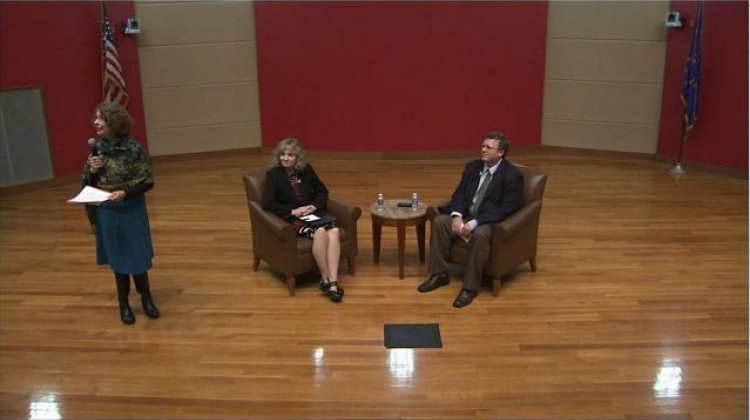 A Conversation with Superintendent Glenda Ritz

A conversation with Indiana's superintendent of public instruction.

Back to: Conversations About Education