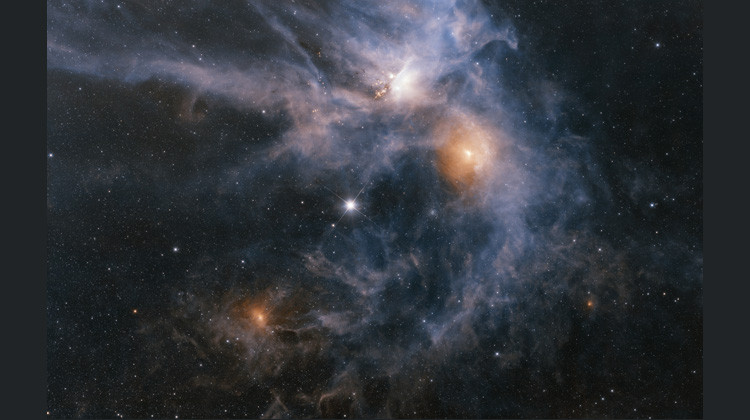 The summer solstice means the most daylight of the year. It’s great for staying up late, but not so great for astronomy. That combined with the clouds and rain lately have made telescope time a rare treat.

But if you find yourself outside under clear skies, look to the south to find bright Jupiter. Then look to the right for a bright orange star. Antares (an-TEAR-eez) or Antares (an-TAR-eez)… tomato tomato—is a red giant. It’s one of the largest stars we can easily see in the night sky. Even larger than Orion’s Betelgeuse which, if it replaced the sun, would easily engulf the orbits of all four inner planets. Some astronomers believe Antares is so big it could also reach past Jupiter.

Antares got its name from ancient Greek. It essentially means Rival to Mars. Mars is the Roman god of War, and Ares was his ancient Greek counterpart. Ancient astronomers thought Antares with its distinctive reddish hue looked a lot like Mars, but knew the two were different. The word planet comes from the ancient Greek word for “wanderer,” meaning that the stars stayed put while the planets seemed to wander through the sky.

Antares is the heart of the constellation Scorpius. And it’s nearing the end of its life. It’s a particularly massive star, so it will die in a spectacular supernova—possibly within the next 10,000 years. When that happens, Antares will be as bright as the full moon, and easily visible in the daytime.