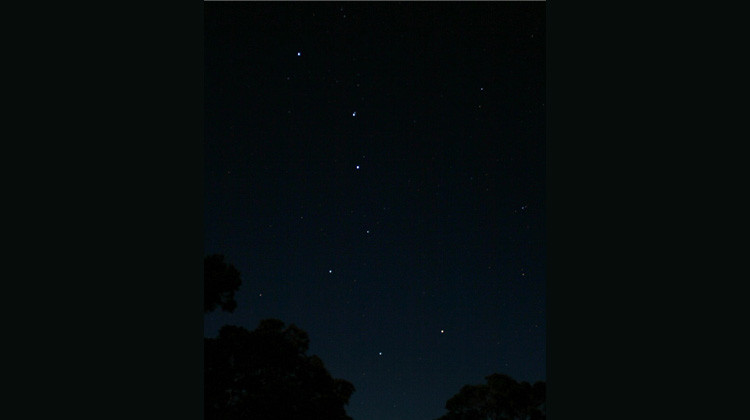 Mizar (MY-czar) is the middle star in the handle of the big dipper, and with nothing more than decent eyesight... that is, no telescope, no binoculars, you can spot its companion, Alcor (al-KOR). In fact, Mizar and Alcor have been used as an eyesight test for hundreds, maybe even thousands of years. 13th century Persian astronomer Zakariya al-Qazwini wrote about it. A Japanese myth calls the fainter Alcor “The lifespan star,” and at one time was believed that if you couldn't see both stars, it was a sign of old age and that you would die within the year.

Of course we know that's not true... but what we also know is that Mizar itself isn't just one star... if you look at Mizar through a telescope, you'll notice that it's a binary. Mizar A and Mizar B. That was discovered in the 1500s... but through spectroscopic observation, we know that both Mizar A and Mizar B are BOTH binaries, making it a four-star system. But we're not done yet...

It was long believed that Alcor, while appearing very close to Mizar in the night sky, was actually not at all related. That it was probably just a bright star behind Mizar. But in 2009, it was discovered that not only are the two stars gravitationally bound, but that Alcor itself is a binary system as well. So what looks to the naked eye like two stars very close together is actually a six-star system.

So this weekend, test your eyesight with the middle star—or... stars... in the handle of the big dipper. Then, if you have a telescope, get closer and split Mizar A and Mizar B.