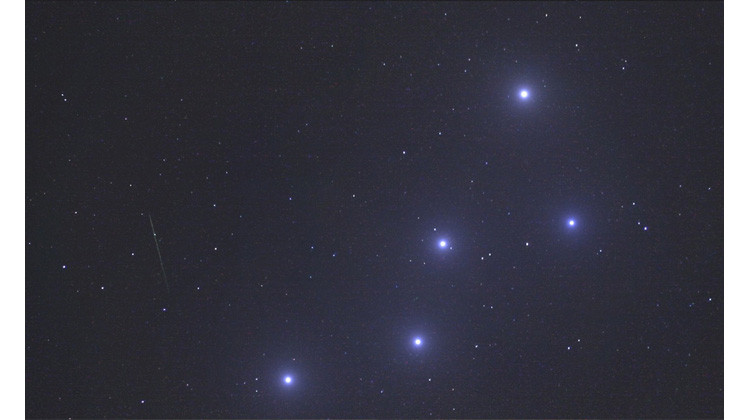 We all know about... the dippers. Ursa Major and Ursa Minor--the big and little dippers. We know about them because they’re out every night. But there’s another bright northern-hemisphere constellation you should know about… Swirling around the northern sky year-round are the five bright stars that make up... Cassiopeia.

Cassiopeia is popular with amateur astronomers because it’s large, bright, and the main reference point for several deep-sky objects. Things like Double Cluster, the Andromeda Galaxy, Messiers 52 and 103, both open star clusters, and the Owl Cluster, also known as the E.T. Cluster. Yes, THAT E.T. It’s called that because apparently it looks like the movie character. I don’t really see it, but I do enjoy finding it when I can.

Anyway, this weekend, you can find Cassiopeia high to the northeast after sundown. If you were to draw lines between its five bright stars, it would look kind of like a wonky lowercase “W” on its side.

Interestingly enough, if we were to take a quick trip to nearby star system Alpha Centauri, our own sun would appear in Cassiopeia. It would turn the “W” into a bit of a squiggle, and would be appear to be by far the brightest star in the constellation.

Cassiopeia has inspired novels, movies, TV shows, even songs. If we get a clear night this weekend, maybe look up for a little inspiration of your own.