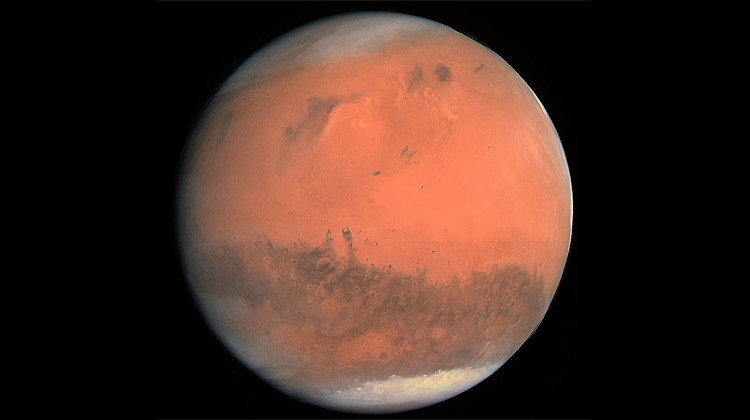 Look to the west under clear skies, and you’ll notice a bright orange star. Except it’s not a star… you can tell because it doesn’t really twinkle like the other stars you can see. That’s a planet. The planet Mars.

We’ve known Mars was special since the dawn of civilization. And likely even before that. Recorded observations of Mars date back to the time of Mesopotamia. They called it Nergal, after their god of war, plague, death, and disease. Of course, we know Mars is the Roman god of war and destruction. We know this common association is probably due to its red color from the large amount of iron oxide in its soil. And iron oxide is the same reason our blood is red. So naturally our ancient ancestors saw a wandering point of blood-red light in the night sky as a bad omen. But since we’ve learned what it was, why it was red, and could see it up close with a telescope, our old fears have resolved to curiosity and creativity. Numerous science fiction and horror stories have taken place on or about Mars. And of course science has advanced quite a bit thanks to our intense curiosity about the red planet. Dozens of craft have visited Mars, and it currently has eight active spacecraft studying it as we speak. Six orbiters, and two landers, Curiosity, and InSight. Of course numerous plans are in place for crewed missions to Mars. Some say humans will be there within 10 years.

But right now, it’s up there for our own contemplation in the western evening sky through the rest of winter and most of spring.