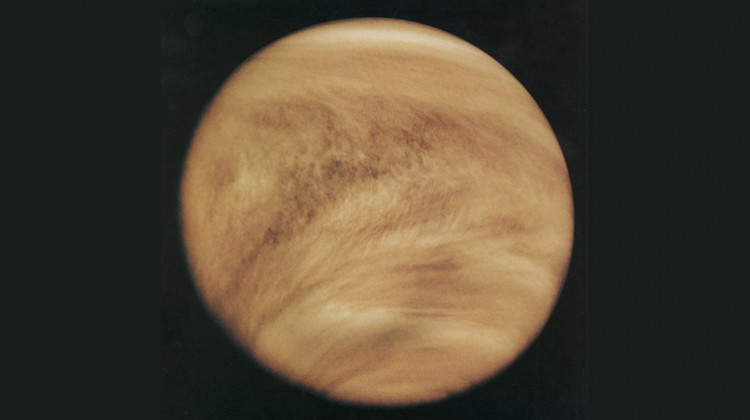 The planet Venus has been confused as an airplane, a helicopter, even a UFO. Emergency dispatchers have fielded 911 calls reporting a silent, floating light in the sky. It’s easy to understand why Venus is so often confused as something else. Since it’s between the Earth and the Sun, it always hugs our horizon, just like a distant aircraft. And it’s the second-brightest object in the night sky behind the moon. Venus is 15 times brighter than the brightest star in the night sky, Sirius. And planets don’t twinkle like stars do. Stars are single points of light in the sky, so their light is very susceptible to atmospheric distortion. But planets are nearby objects reflecting light from the Sun. You can zoom in on planets and see their structure pretty easily with modest backyard telescopes. So why not try that out with Venus?

These days, Venus is in the Western sky in the early evening. Go out before 8:30--anytime after that, you’ll need a more unobstructed view of the horizon. If you have a telescope, get it out. You’ll notice that you don’t see a perfect circle the way you would if you looked at Mars or Jupiter. Because Venus is closer to the sun, we can only see the portion that’s illuminated by the sun. Right now, Venus will look like a gibbous moon. By mid-April, 2020, Venus will reach its highest point in the evening sky and will look like a quarter moon through a telescope. After that, it will look like a crescent until it disappears from the evening sky until late Spring of 2021.