INDIANAPOLIS (AP) — Sixteen students of an Indianapolis school were hospitalized as a precaution Monday after they were mistakenly injected with insulin during a tuberculosis skin test, according to school officials.

The Metropolitan School District of Lawrence Township says the students from the McKenzie Center for Innovation & Technology were taken to local hospitals for observation after being injected with a "small dosage" of insulin by Community Health Network personnel.

The tuberculosis skin test requires an intradermal injection of liquid — 0.1 milliliter of a purified protein derivative called tuberculin — in the lower part of their arm, according to the Centers for Disease Control and Prevention. A resulting bump is checked two or three days for any signs of latent or active tuberculosis infection.

The district says it's working closely with Community Health Network "to determine the cause of the error."

"We have full confidence that the events of today are isolated in nature and will be addressed swiftly by the Community Health Network," District spokeswoman Dana Altemeyer said in a statement.

Insulin is administered to person suffering from diabetes, a disease in which blood sugar levels are too high. The insulin, which is produced by a healthy body, helps the glucose, which comes from consumed food, get into the body's cells to give them energy.

The side effects of a too high injection of insulin includes sweating, nervousness, hunger and irritability, according to the Mayo Clinic.

Responding to questions on the size of the insulin dosage and how the mistake occurred, Community Health Network released a statement saying it is committed to patient safety and values relationships and partnerships and "consider it a privilege to partner with schools including MSD of Lawrence Township."

Tags:insulinCommunity Health NetworkLawrence Township SchoolsMcKenzie Center for Innovation & Technology
Support independent journalism today. You rely on WFYI to stay informed, and we depend on you to make our work possible. Donate to power our nonprofit reporting today. Give now. 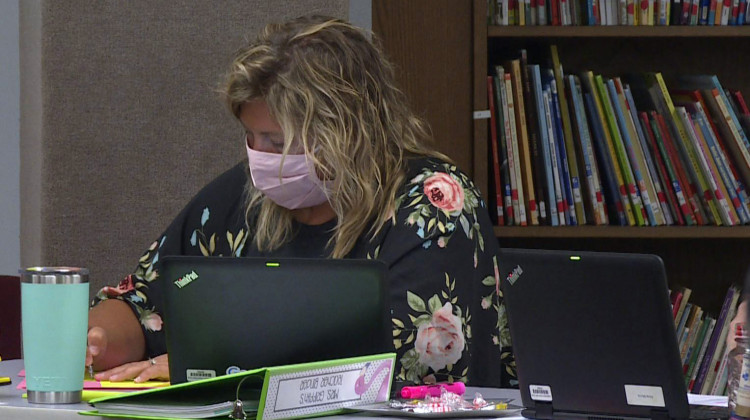 Indiana Teachers Used Waitlists To Get The COVID-19 Vaccine. Officials Shut Them Down

Teachers and other Hoosiers throughout the state signed up for vaccine waitlists to receive unused vaccine doses and help avoid waste.
Read More 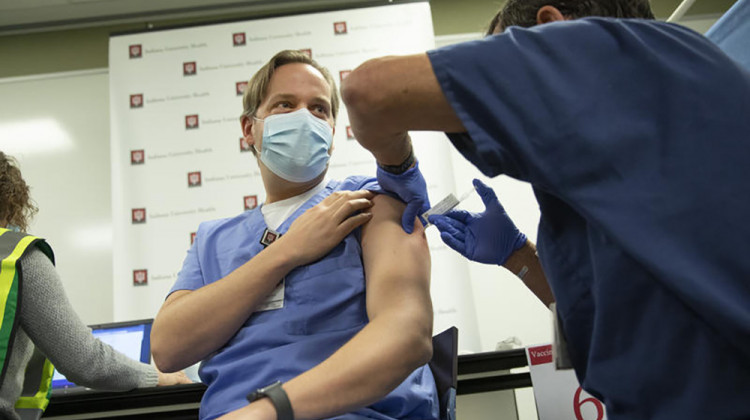 Indiana is the only state in the region with no plans for when teachers will become widely eligible for the COVID-19 vaccine, but the state's health commissioner says a specific group of special educators should get their shots now.
Read More

Most teachers and students won't have to quarantine anymore after a positive COVID-19 case in the classroom, according to new guidance from the Indiana Department of Health.
Read More