Chaos reigned as the 2018 legislative session came to an abrupt end. Legislative leaders played the blame game as a handful of bills died because lawmakers ran out of time.

State law set the session’s deadline at midnight. But with a few bills still unsettled – tax legislation, school safety, a Muncie-Gary school finance bill, and autonomous vehicles regulations – lawmakers pushed things to the limit. That included an effort by the governor to extend the deadline by one hour. But legislative leaders questioned that move’s legality. And the 2018 session ended without those measures.

“We were here all day yesterday when our Senate colleagues weren’t," Bosma says. "We were available all day today while they were doing their honoring resolutions.”

“We just could not get to yes on some of these things," Long says. "And it wasn’t because we were just sitting around, twiddling our thumbs.”

Long left open the possibility of a special session to complete unfinished business.

Gov. Eric Holcomb said in a statement he was proud of the accomplishments of the session, but there is work to be done.

“After meeting with Speaker Bosma and Senator Long, I’ll look at all that can be done to complete unfinished business—whether that’s by administrative or legislative authority, if needed,” Holcomb said.

Tags:Brian BosmaDavid Long
At WFYI, our goal is to cover stories that matter to you. Our reporting is rooted in facts. It considers all perspectives and is available to everyone. We don't have paywalls, but we do need support. So if unbiased, trusted journalism is important to you, please join us. Donate now. 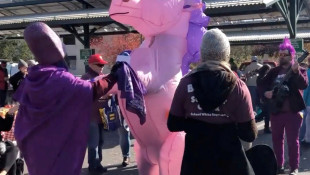 No charges will be filed against five people cited for protesting an alleged white supremacist at the Bloomington Community Farmers' Market last year.
Read More 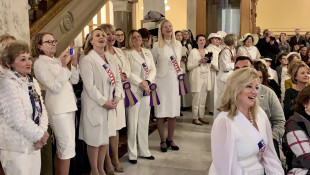 Its been exactly 100 years since Indiana approved the 19th Amendment to the U.S. Constitution, guaranteeing women the right to vote.
Read More
Now Playing