Back in 1989 at the Chicago Auto Show, Mazda ripped souls out of classic European roadsters and planted them in the refreshingly reliable MX-5 Miata – a car that’s become the gold standard for pure sports cars, even rising from student to master while spawning the Fiat 124 Spider.  But, the Miata has yet to conquer the near-luxury German roadsters from Mercedes, BMW, and Audi.  The next front is opened with the MX-5 Miata RF that flips its hard lid.

Flip Back The Roof

I love the Miata’s manual cloth top that can be flipped back with one arm in a fraction of a stoplight, but on the road, it has typical convertible flapping and road noise.  Banishing all that is the RF’s coupe roofline with targa top.  Unlike the Corvette’s targa roof, which is fully removed and stored in the luggage compartment, the RF’s is a one-button power affair that retracts behind the seats like a folding hardtop.  In photos, the RF looks a little frumpy, but in the metal, looks really sexy.

My favorite view is from the rear three-quarter where you can see the wide curvy fenders draped over 17-inch gray alloy wheels.  Up front, the angry air inlet echoes the first-generation Miat, but is flanked by LED headlamps and running lights.  The fastback roofline gives the car an entirely different profile – much more mature.

Ergonomics are mixed.  Large climate control knobs and air vents are excellent, and while the joywheel for the infotainment works well, it’s awkward to reach if you have long arms.  Given the easy reach to the monitor, a simple touchscreen would be better.  And, I’m not sure why you have to click into a tuning mode every time you want to advance radio stations or songs in your music library.  It’s all so extra.  At least there’s a large cubby accessed between the seats and a reasonably sized trunk if you’re packing duffle bags.

A Miata is not a BMW, but the 2.0-liter four-cylinder engine is spot on with its balance of power and refinement, generating 181 horsepower and 151 lb.-ft. of torque.  You can get a paddle-shifted six-speed automatic transmission, but I would lose a lot of respect for you when one of the world’s best six-speed manual transmissions is available.  That said, having a comfortable two-seater that shifts for itself would make a compelling urban commuter.  Get the manual to see 26/34-MPG city/highway.

Of course, driving the Miata is not centered on outrageous power.  No, it’s about the precision of tight steering, agile multi-link rear suspension, and a limited slip rear differential that lets you put power down without drama.  The manual transmission is a model of mechanical delight.  A front tower brace virtually eliminates cowl shake, even with the top stowed.  You just want to find a sunny curvy road and drive, drive, drive.

I enjoy the inherent simplicity of the Miata with a canvas roof, but the hard top changes its character into something more refined. It’s a car that enjoys Interstate travel and city commutes as much as free-breezing backroads.  It’s a sexy little car that I would enjoy owning very much.  A base price of $32,345, or $36,005 as tested, puts it against the Mercedes-Benz SLC, Subaru BRZ, Toyota 86, and Nissan Z. 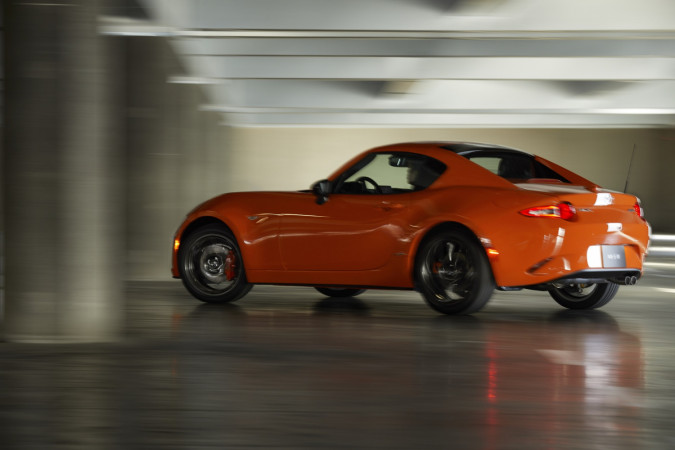 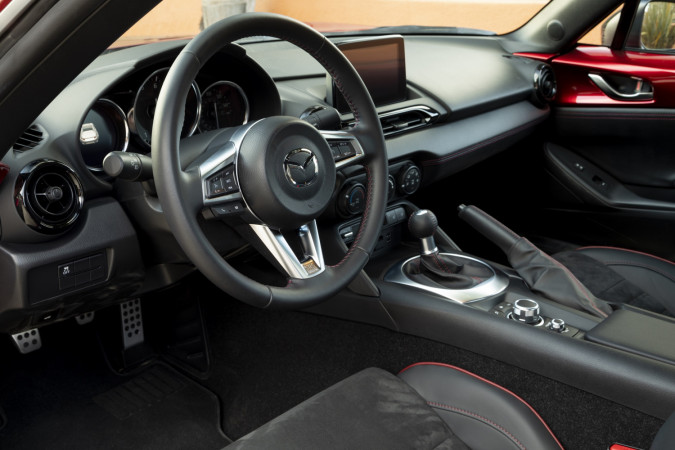 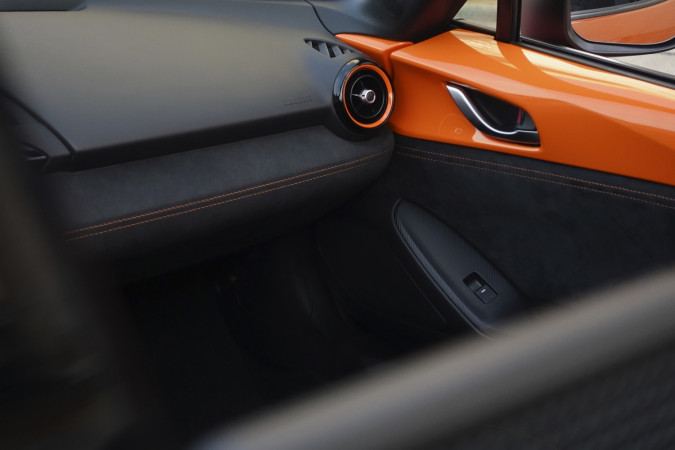 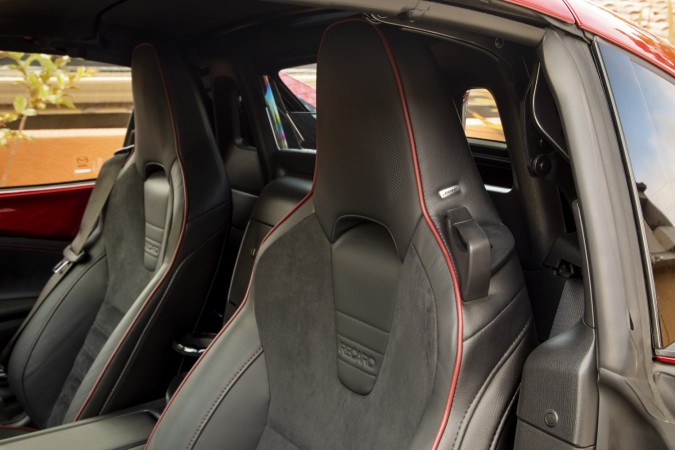 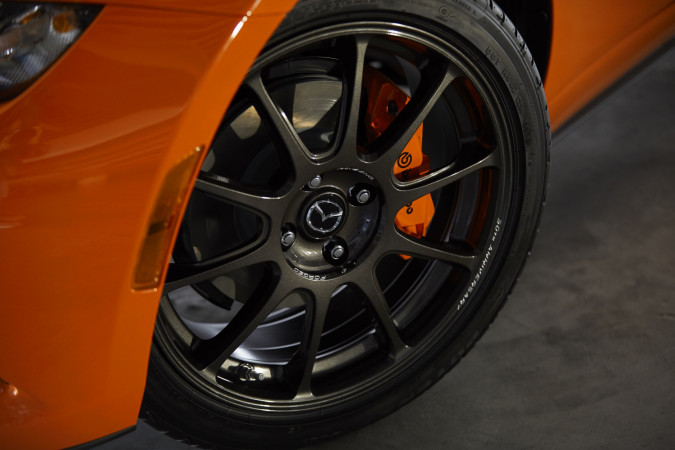 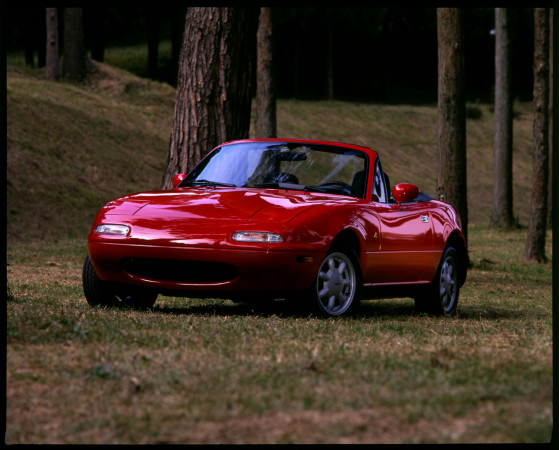 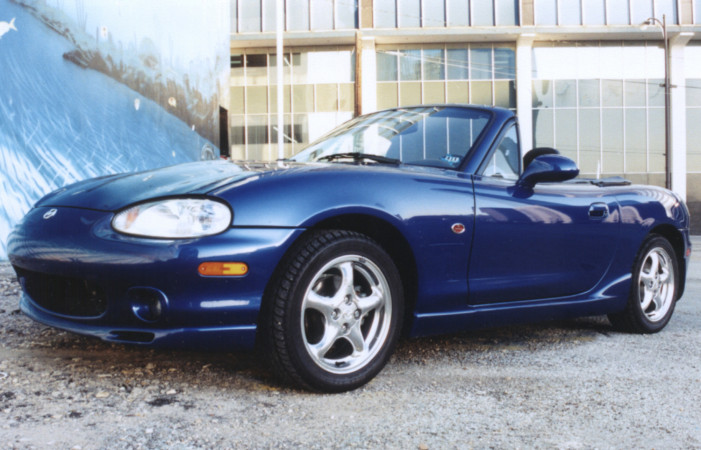 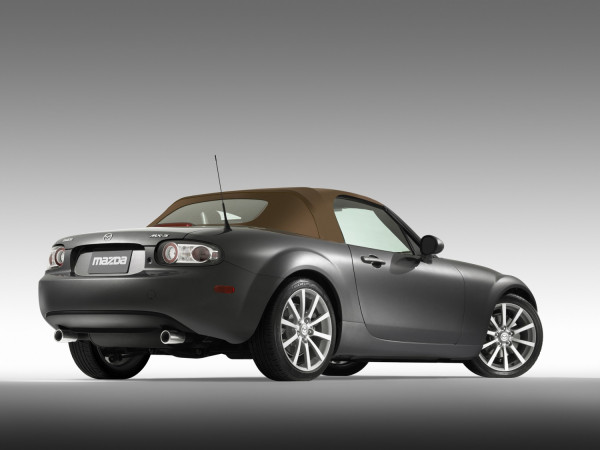 Tags:autoMazda
Support independent journalism today. You rely on WFYI to stay informed, and we depend on you to make our work possible. Donate to power our nonprofit reporting today. Give now.