Kids have been hanging out of car windows screaming, grown adults stopping in my driveway to take photos, and minions asking lists of questions at gas stations.  Any number of fellow drivers waved their hands for me to roll down my window.  “Is that the new Corvette,” they screamed.  When I confirmed it was, the overwhelming sentiment was, “I thought it was, but it didn’t look right.”  That’s because the engine has changed its latitude from front to behind the driver.  The rest of the car is just as dramatic.

Paint To Light The Night

It flares its presence with Sebring orange metallic paint and Carbon Flash black accents that include 19-inch/20-inch wheels front/rear.  It’s all good, but moving the engine location changes proportions, shortening the nose and lengthening the rear roofline that ends in a high wide deck.  Peaked fenders, pointy nose, and quad taillamps all whisper “Corvette” while the rear window becomes a viewing platform for the engine.  It’s all familiar, but oh so different.

Hallmarks of previous generation Corvettes have been their roomy interiors, generous cargo space, and all-day comfort.  Unlike most supercars, Corvettes could be driven to work with ease.  Even drivers of advancing years and generous proportions fit inside.  Mid-engine cars tend to be cramped and uncomfortable.  Designers knew they would have to overcome those deficiencies to meet Corvette enthusiasts’ expectations.

Passengers sit further forward in the chassis than in previous generations, but there’s still ample space.  Drivers get wide footwells with a proper dead pedal.  Heated and ventilated seats feature power side bolsters and lumbar while a roomy trunk behind the engine and deep frunk in the nose provide nearly as much cargo space as the C7.  The roof panel still fits in the trunk.  So does a set of golf clubs.

Fully exposed, the engine is one potent device.  The 6.2-liter V8 spins out 495 horsepower and 470 lb. ft. of torque.  It all gets to the rear wheels through an 8-speed dual clutch automatic transmission.  There’s no manual option, so pat the paddles to shift yourself.  If you want a selfie, click quick as the fastest ever Vette evaporates 0-60 mph in under three seconds and terminates just shy of 200 mph.  Fuel economy rates 15/27-MPG city/highway.

So why, after nearly 70 years, did engineers move the engine from front to middle?  Well, they kept adding power to the front-engine cars, but could not get them to go appreciably faster.  They just couldn’t get weight to transfer to the rear wheels.  This one hooks up and is far better balanced on the track.

Shred curvy backroads and you can almost think it through.  It’s an easier car to drive, especially with Tour, Sport, and Track modes that change the steering weight, throttle sensitivity, and transmission shift points.  The Z51 package adds performance brakes, suspension, exhaust, and electronic limited slip differential.  There’s a slight hesitation before unholy acceleration as the e-diff sorts itself, but after that, bliss.  Even with the stiffer suspension, it’s not brutal.  I’d drive it anywhere.

Chevrolet could have served up another very competent front-engine Corvette, but instead delivered a car that’s still clearly a Corvette, but one that causes teenage boys to swoon and little girls to scream.  Continuing another Corvette tradition, the C8 is one a heck of a deal.  Base models start at $58,900, but rose to $79,315 as tested.  That’s a pittance compared to the Porsche Boxster, Acura NSX, and Ford GT. 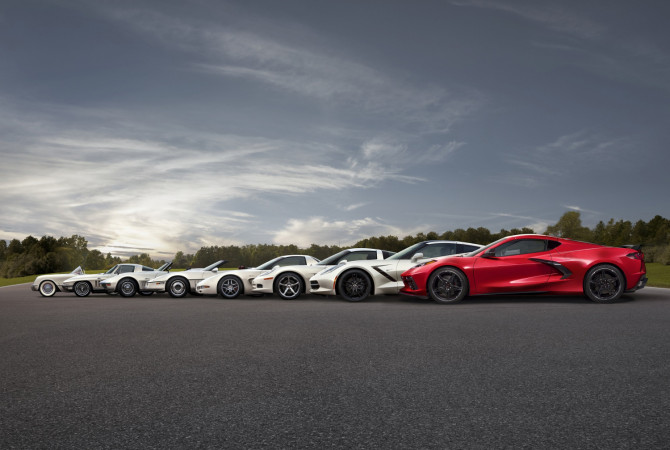 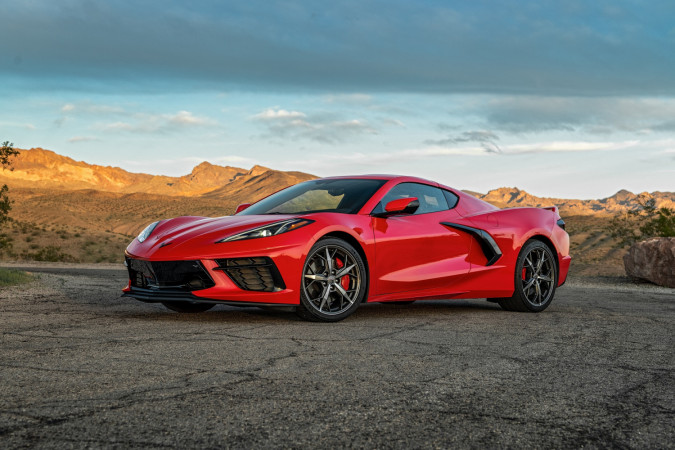 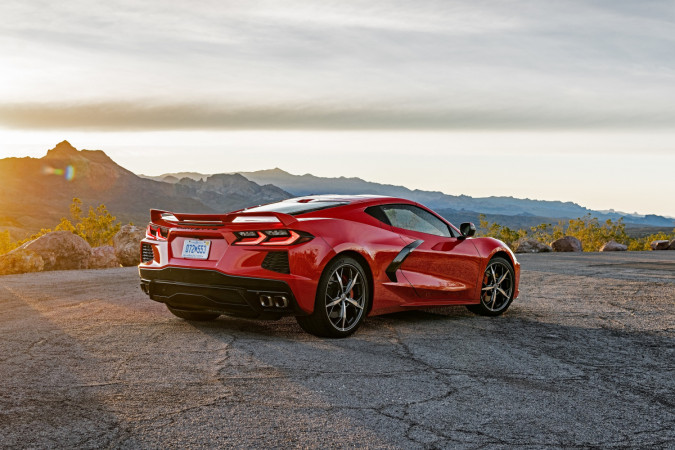 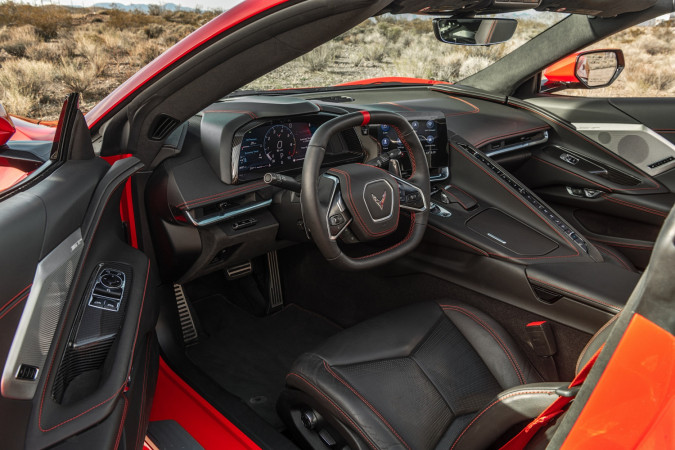 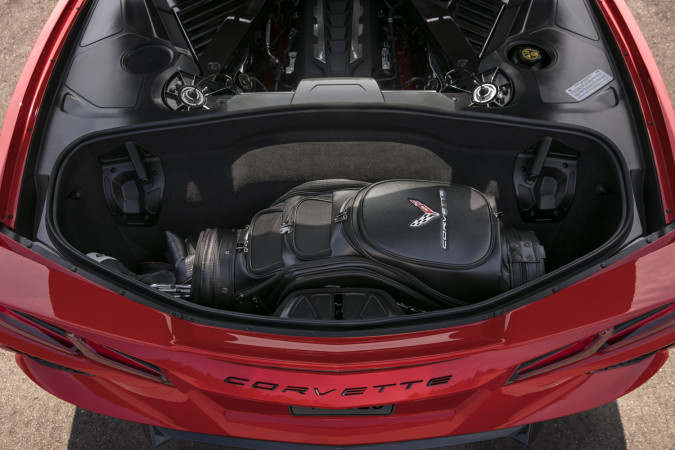 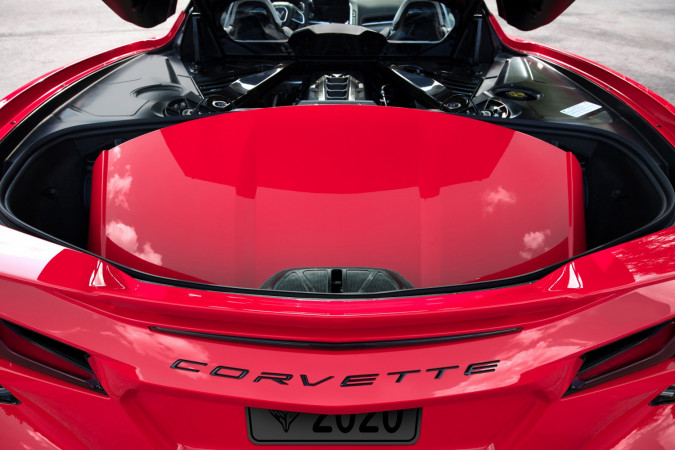 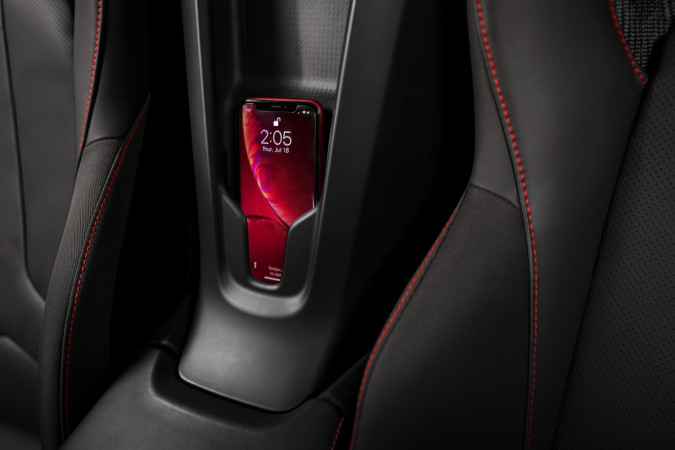 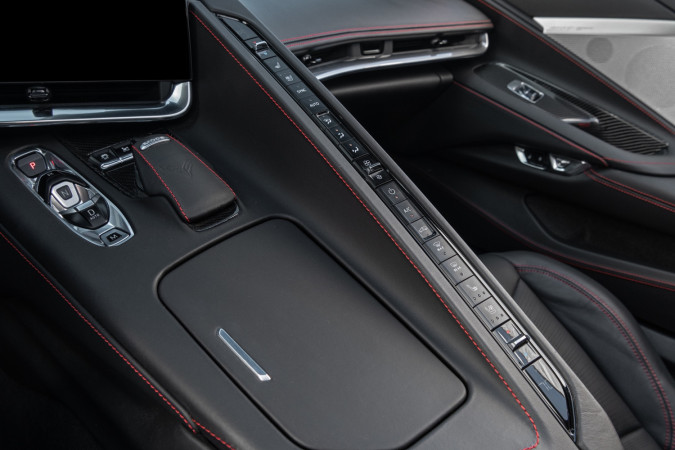 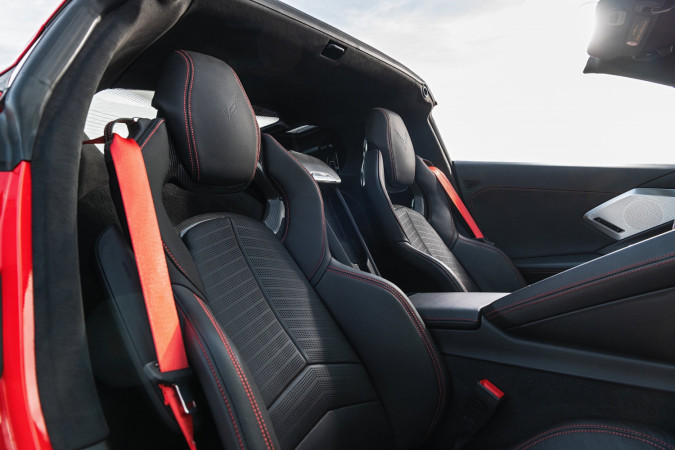 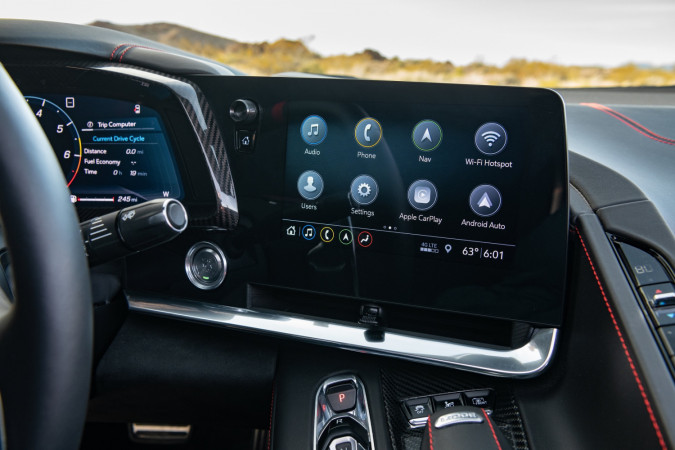 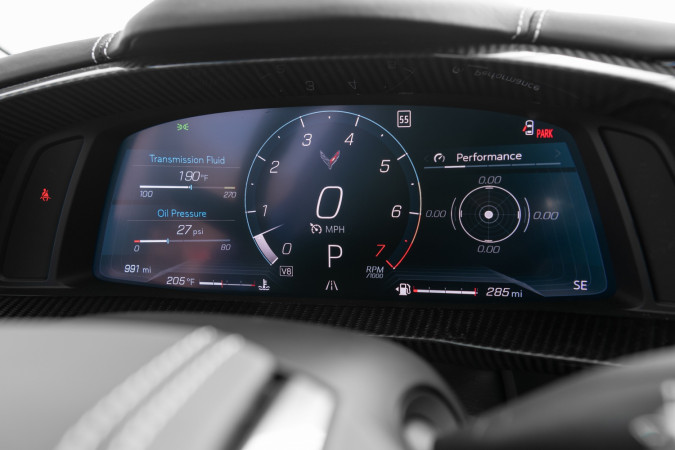 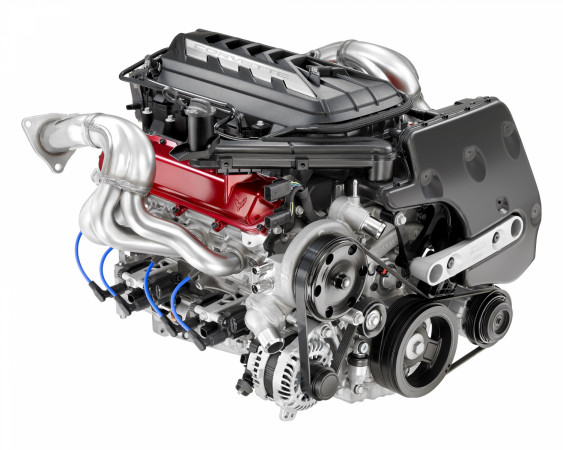 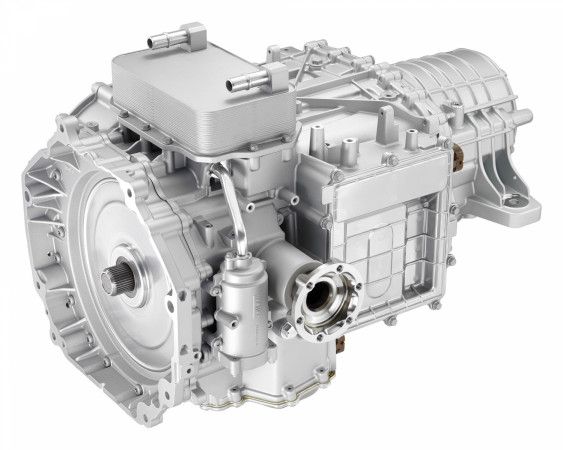