INDIANAPOLIS (AP) — A 4-year-old girl was hospitalized after she was struck in a leg early Wednesday by gunshots fired into a home on Indianapolis' far northeast side, police said.

The child was reported in stable condition at Riley Hospital for Children.

The shooting that occurred about 1:15 a.m. also injured a 14-year-old boy struck by debris, police said.

It was the second time in less than a week that a young child was injured by gunshots fired into an Indianapolis home. A 12-year-old boy died Friday, a day after was shot in the back of the head while playing video games with family in his grandmother’s home. The shots were fired from a car in the street, police said. No arrests have been made in that case.

Tags:IndianapolisMarion Countygun violence
Support independent journalism today. You rely on WFYI to stay informed, and we depend on you to make our work possible. Donate to power our nonprofit reporting today. Give now. 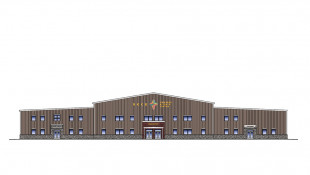 Eastern Star Church, in the eastside Indianapolis neighborhood of Arlington Woods, is extending its mission to address the racial health, education, and wealth disparities of children and youth.