More than 8,000 members of the United Pentecostal Church International are expected to flock to Indianapolis this week for the church’s annual conference.

This marks the fourth time UPCI officials will hold the church’s general conference in Indianapolis, a keystone event for an international organization that represents “one of the fastest-growing faith communities in the world,” according to a UPCI press release.

The UPCI represents those who identify as Pentecostal, a denomination of Christianity that focuses on the religion’s sacred text, the Bible, as a foundation for life.

Church leader David Bernard said Indianapolis is a natural fit for the conference.

“We like to come to the Midwest because we have many churches within driving distance,” Bernard said. “Indianapolis has been one of our foremost cities throughout our history, and it’s a welcoming environment.”

Participants will attend worship and prayer services, learn about ministry and meet with disaster-relief agencies over four days at the Indiana Convention Center.

Internationally, more than 5.1 million people are members of UPCI, representing 230 nations and territories. Bernard says key parts of the conference will address how the church can grow even more.

“We want to be very intentional about positioning ourselves as a church for everyone,” Bernard said. “That’s one of the things we’re trying to discuss and emphasize at this conference.”

While the conference this week is geared toward churches from the United States and Canada — international churches will have separate conferences, Bernard said — church leaders want to use their positions in religious communities to promote diversity and inclusivity, particularly for immigrants, non-native English speakers and those who are deaf.

“We have ministries that relate to various immigrant groups and ethnicities,” Bernard said. “We’re trying to make sure that every person, in the United States and Canada particularly, but around the world, has access to a United Pentecostal church.” 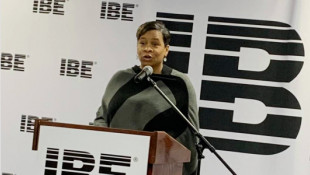 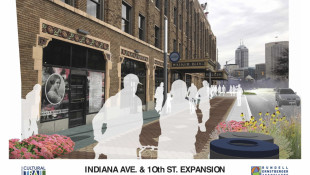 The Indianapolis Cultural Trail is set to expand. This will be the first major addition since the trail opened in 2013.
Read More 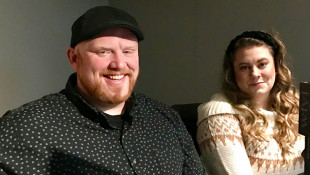