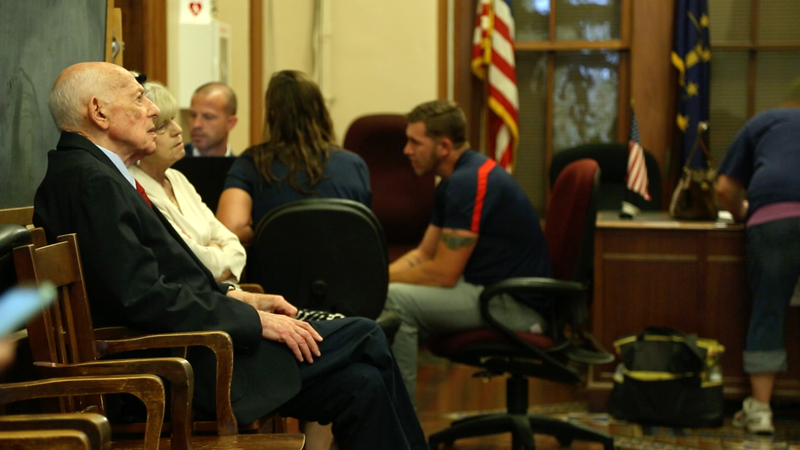 Psychologist Albert Fink at a court hearing in GIbson County. The doctor was charged with obstruction of justice after admitting he had faked court-ordered mental health examinations. Photo: AJ Casey / AJKC LLC

One day in August 2016, 83-year-old Albert Fink crashed his 2012 BMW sedan into a tree, on a curve on Indiana State Road 46 just outside of Bloomington.


Listen to Part 1 of Steve Burger's story on Albert Fink.

Fink — a Bloomington psychologist — was to testify the next day as an expert witness at the trial of Caleb Loving, who in 2015 was charged with arson and possession of explosives.

“His intention was to commit suicide, right here on this tree,” said Durnil.

Vanderburgh County prosecutor Nick Hermann, who was trying the Loving case, said soon after the crash, his office got a call from a state trooper. The trooper explained that a doctor had been in an accident and confessed to falsifying a report related to a trial he was going to testify at.

“We quickly realized that that was the trial we were in,” recalled Herman.

Even though Loving was mentally disabled, Fink, and one other psychologist, had written a report stating he was competent to stand trial.

The only problem: Fink had never met Caleb Loving.

Fink was often hired by the courts in Indiana, and over the last ten years had performed dozens of these competency evaluations. His scene-of-the-crash confession called into question not only the Loving trial, but every one he ever worked on.

Courts rely on psychologists to assess the mental fitness of defendants, but Fink’s story raises serious questions about how courts determine mental competency in Indiana and what system of oversight is in place to ensure defendants get a valid examination.

The judge declared a mistrial in Caleb Loving’s case, but Fink’s confession prompted a massive months-long investigation in Vanderburgh County.

Hermann led the investigation, working to untangle a mess of nearly 70 cases for which Fink performed exams or testing, determined to discover the extent of the damage he had done.

“A lot of different agencies participated in that investigation,” Herman said. “It was a troubling case, in that someone who was literally hired by the court to come in and testify about something … [was] lying.”

The county auditor’s office provided payment histories of psychologists hired by the courts, and the Evansville Police Department spent hundreds of hours looking through records. The courts helped Hermann get access to the cases that Albert Fink had worked on.

Law enforcement in Vanderburgh County ultimately found evidence that Fink may have falsified exams in 28 other cases. And Indiana’s chief public defender has reached out to those defendants to notify them.

Almost a year to the day after he crashed into the tree, Fink pleaded guilty to a felony charge of obstructing justice. He received probation and had to surrender his professional licenses. (However, as of press time, no official action has been taken to revoke Fink’s license to practice psychology by the Indiana Psychology Board.)

“I feel like if you come into court and you lie, you have to plead to a felony, which he did...” Hermann said. “We want to make sure that he’s not going to do this again in the future.”

Albert Fink was caught and punished. But what if he hadn’t crashed his car and admitted his guilt?

When no one’s watching

Loving's defense attorney Stephen Owens was suspicious of Fink and was prepared to question him at length about the competency exam and the jail records.

When asked if he thinks he could have caught Fink in a lie: “I’d have to say ‘maybe’....and whether it would have been this case or not, I don’t know,” he says. “I’d like to think that somebody, at some point, would have caught up with him. Obviously, we didn’t catch up with him all these other cases.”

In Caleb Loving’s case, Fink’s confession led the court to order two additional mental competency exams, and he even spent a few months in a state mental hospital. The judge in the case finally declared him competent to stand trial, but also stated that he was not capable of understanding his Miranda rights.


In part 2, Steve Burger examines the lack of oversight when it comes to court-ordered mental health evaluators.

Ultimately, the judge threw out much of what Loving told police after his arrest. On September 22 Loving pleaded guilty to a reduced charge in the case. His sentencing is set for next month.

“That whole non-evaluation, mis-trial, re-evaluation has cost Caleb a lot of months in jail,” said Owens. “His case would have been resolved one way or the other by now.”

Under state law, it is up to judges to select the licensed mental health professionals who will examine a defendant. The judge may not have specialized knowledge of the type of forensic evaluation needed to select an appropriate provider. Generally, the justice system assumes trust in the psychology profession, and there’s little oversight over the evaluations. There is also no requirement in Indiana to question the evaluation, or check whether it was done at all.

Attorneys working on these cases freely admit they don’t understand the mental health reports and rarely try to, except for high-profile cases.

“I don’t know that I have enough knowledge...I don’t think any of us do...to definitively say one way or the other that this person actually got seen or not, ” said Vanderburgh County Defender Owens.


And Owens said there’s no system in place for checking the expertise levels of the providers conducting the exams,

“The qualifications for some of these people to do the evaluations are minimal,” he said. “I don’t think the judges look beyond that. Now, should they look beyond that? I don’t know. Somebody should.”

Parker explains that it can be hard for judges to find qualified evaluators. “In Marion County, for example, there are lots of options, but in some rural areas and smaller cities, there are not,” he said.

Another reason there’s little oversight: Indiana’s competency standard is so low judges would have little reason to question the evaluator’s decision.

“If a psychiatrist or a psychologist is routinely saying that the defendant is competent to stand trial, they’re almost always going to be right, because all a defendant has to do is to understand the proceedings and assist in the preparation of his defense. There’s a very, very low standard,” Martin County prosecutor C. Michael Steiner said.

Most people, even those with serious mental health problems, are competent under the law, explained George Parker, a professor of clinical psychiatry at Indiana University School of Medicine who researches the intersection of the mental health and criminal justice systems.

“You have to be pretty impaired to be incompetent to stand trial,” he said. “[You’d have to be] actively psychotic or intellectually disabled, without very good verbal skills and difficulty learning new material. It takes some work.”

A growing number of states — 19 as of 2015 — have adopted certification and review standards for competency examiners. In some states, a peer panel reviews the reports. Indiana could implement such as a system through legislative action or a voluntary cooperative effort — between mental health professionals and the Indiana Judge’s Association, for example.

This would raise the bar, explains Parker. “If somebody wants to do court-ordered evaluations, there would be some fairly straight-forward way that they could get basic training on what the standards are, how to do the interviews, and write the reports and how to testify effectively,” he said.

Dr. Parker says such a move in Indiana could standardize competency reports, make them more understandable and give lawyers and judges an important tool to weed out bad actors — doctors like Albert Fink.

Doxpop and the Fund for Investigative Journalism provided support for the reporting of this story. 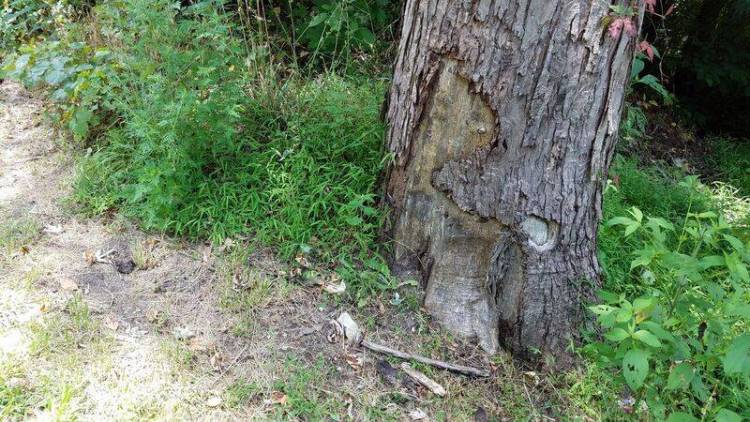 Tags:mental healthjudicial systemmental competencypsychiatry
Support independent journalism today. You rely on WFYI to stay informed, and we depend on you to make our work possible. Donate to power our nonprofit reporting today. Give now.