A Majority Of Indiana Voting Machines Vulnerable Without Paper Backups 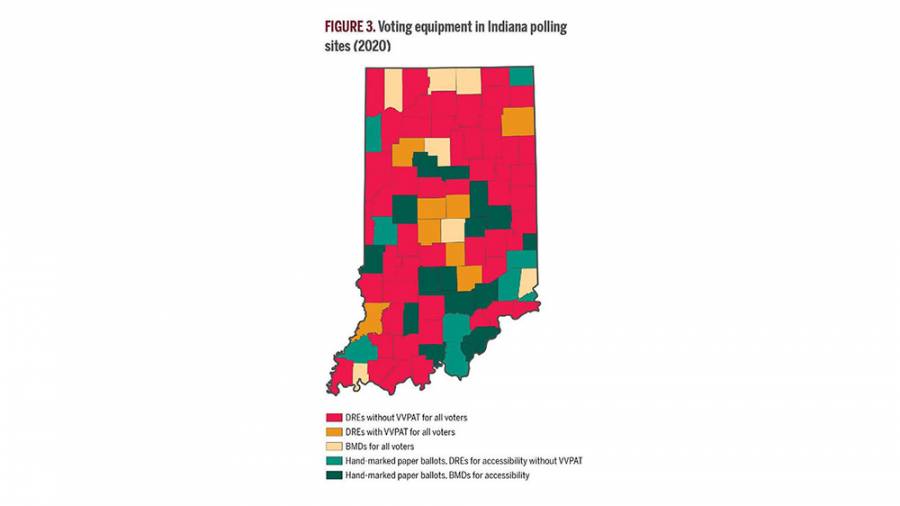 More than half of the voting machines Hoosiers are using in this year’s election don’t have a paper backup – making them more vulnerable to irreversible errors and breaches.

Republicans have repeatedly refused to provide counties funding to upgrade their machines.

“If the machine was tampered with, there’s no way for us to even know that that’s happened,” Martin said.

The state's voting machines are never connected to the Internet, which helps reduce their vulnerability. But the risk doesn’t even have to be malicious – a software glitch would likely also be undetectable without the paper trail.

The General Assembly last year mandated all electronic voting machines be outfitted with paper backups. But Martin said that law doesn’t require it until 2030.

“Which, for the next 10 years, kind of leaves our elections vulnerable,” Martin said.

Democrats have pushed Republicans leaders to prioritize funding for the necessary upgrades that 52 of 92 counties still don’t have.

Tags:2020 electionvoting machineselection security
Support independent journalism today. You rely on WFYI to stay informed, and we depend on you to make our work possible. Donate to power our nonprofit reporting today. Give now.