Today a visitation was held for Holocaust survivor and founder of the CANDLES Holocaust Museum and Education Center in Terre Haute, Eva Kor. She died July 4 at age 85. A funeral will be held Sunday.

Eva Kor and her twin sister Miriam were subjected to inhumane medical experiments by Nazi doctor Josef Mengele before their liberation in 1945.

Eva Kor’s son, Alex Kor, says most people remember his mother as the Holocaust survivor who forgave. He says while that’s an important part of her legacy, she was so much more.

“A lot of people don't know she was very funny,” Alex Kor says. “She was clever. She was very smart, very caring, very compassionate.”

Alex Kor says people sought Eva Kor out to ask her how to forgive people.

“I think it's quite amazing her ability to tell her story, and then help each person individually,” Alex Kor says. “I hope that will now not end and continue in the future.”

During Eva’s lectures at CANDLES and other places, Robert Kor says he was amazed at how school kids really sat, not fidgeting, and listened to her story.

“It's important to speak out, never forget the Holocaust, despite the various deniers that exist,” Robert Kor says. “We can never forget. And that's a wonderful legacy that Eva has brought forward. Her sense of forgiveness is a very powerful message.”

Catherine Baker, Eva Kor’s neighbor, says she touched many lives, including hers.

“She was a worker, you know, and she was just a really good friend,” Baker says.

The two were friends for 53 years.

“We commiserated, we talked, we argued,” Baker says. “So she was kind of like a big sister. You could fight with her, but you still loved her anyway.”

The first public memorial service will be at 2 p.m. Sunday, Aug. 4, at Tilson Music Hall on the Indiana State University campus.

The second public memorial service will be at 2 p.m. Sunday, Aug. 18, at Clowes Hall at Butler University. 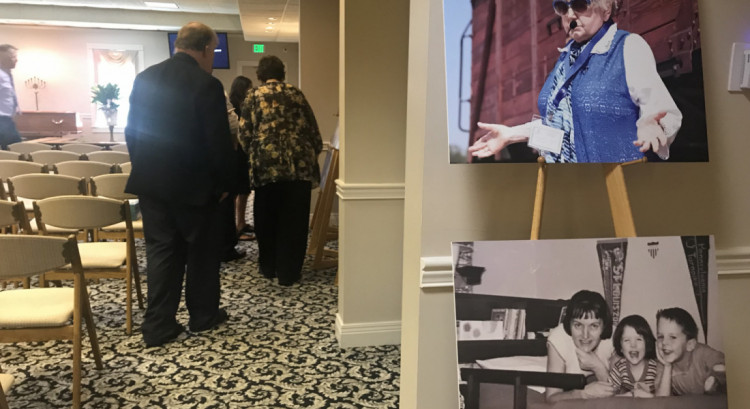