SOUTH BEND, Ind. (AP) — The American Civil Liberties Union of Indiana is suing officials at a northern Indiana school, alleging that they violated a Black student's constitutional rights by sending him home for wearing a T-shirt emblazoned with the text, “I hope I don’t get killed for being Black today.”

The complaint filed Monday in U.S. District Court in South Bend names as defendants the principal and assistant principal of Manchester Jr.-Sr. High School as defendants.

The suit was filed on behalf of the male junior, who is identified only as D.E. in court documents. It alleges that in August he was called to the school’s administration office after someone purportedly complained about his T-shirt, The Indianapolis Star reported.

“That is not going to fly,” principal Dr. Jon Lippe told the student when he saw the shirt, according to the lawsuit. The student was then given another T-shirt to change into for the day, but he refused to do so, it states.

Assistant Principal Dorey Mobley then told the student that his mother would have to come and take him home for the day, it alleges.

The ACLU of Indiana's lawsuit alleges that Lippe and Mobley violated the student's First Amendment rights and asks that the court award him damages and direct administrators to allow him to continue wearing the shirt at school in North Manchester, about 35 miles west of Fort Wayne.

According to the lawsuit, the student has “been subjected to racial epithets in the school in the past from fellow students and he believes that the message of the t-shirt is an important one to transmit to students and staff and that the t-shirt makes an extremely important statement."

“Schools cannot selectively choose which social issues students can support through messages on their clothing,” Ken Falk, the ACLU of Indiana’s legal director, said in a statement. “Students do not lose their constitutional rights at the schoolhouse doors."

Mark A. Franz, the general counsel for Manchester Community Schools, told The Indianapolis Star that the school will not be commenting on the lawsuit.

Tags:racial justiceManchester Jr.-Sr. High SchoolNorth ManchesterWabash County
Support independent journalism today. You rely on WFYI to stay informed, and we depend on you to make our work possible. Donate to power our nonprofit reporting today. Give now. 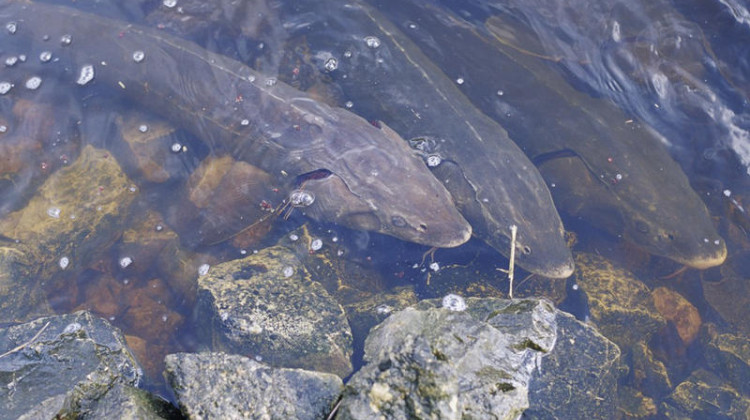