Education advocates praise the benefits of quality pre-K. It not only prepares young children for kindergarten, it teaches them social skills, how to balance their emotions and more.

“For every $1 we invest in early education, it’s a $4 savings down the road,” Harris says. “That’s saving in everything from the criminal justice to social safety net type savings for that person because they become more productive over the long run.”

But it’s not just the children who are benefiting from the state’s program, known as On My Way Pre-K. Recent studies show a society as a whole reaps the benefits. 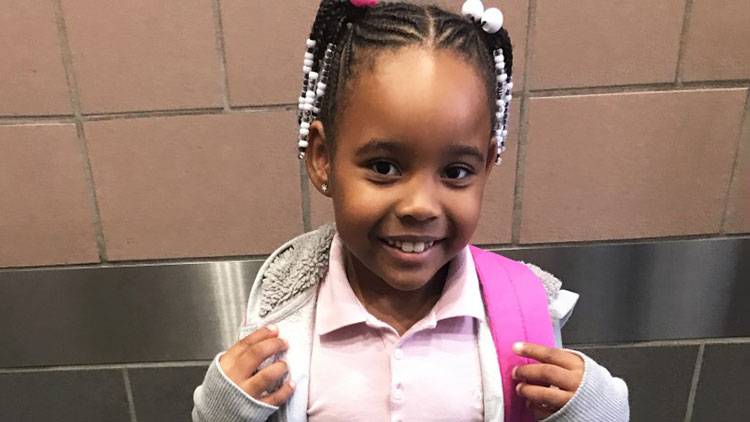 Kendra Harper’s daughter Bailie went through a program in Marion County. Bailie’s an only child, and Kendra noticed she became more independent.

“I saw that she was able to deal with other children better, handle her emotions,” Kendra says. “She was almost ready to read when she came out of pre-K.”

But Bailie attending pre-K also helped Kendra finish up her law degree and work part-time at the attorney general’s office. She had peace of mind knowing Bailie was being taken care of.

“It did give me an opportunity to complete a host of internships and clerkships throughout law school because experience really matters,” she says. “Without her going to the reliable center we probably wouldn’t have been able to do all that.”

It even led Kendra to develop a new passion. She’s now on the board of directors at Early Learning Indiana.

“I really didn’t understand the lack of early education options in our area, or the state for that matter, until Bailie was a student here, until I talked to the director of the center and learned the issues,” Kendra says.

Data shows more than 27,000 low-income kids in Indiana don’t have access to quality pre-K.  But the state is slowly starting to change that.

Gov. Eric Holcomb approved 15 counties last summer to join the five existing ones in participating in On My Way Pre-K. The program offers tuition-free education grants for low-income families. Eligible families must have household income that is below 127 percent of the poverty level.

Monroe County is part of the recent expansion and launched its program this month.

Tina Peterson, the president and CEO of the Community Foundation of Bloomington and Monroe County, says 50 spots opened for families.

“When this program came along at 127 percent of poverty we thought number one, thank goodness that we as a state are finally getting there, and number two, we’ll have plenty of kids for this program,” Peterson says.”

But Peterson says it’s been shocking. Only 11 of the 50 grants have been awarded to kids.

On the surface, she says, the application process is simple. Parents can just log in and apply online. But Peterson says some families don’t have internet access or even a computer. There’s also a lot of paperwork involved.

“The language that we’re using isn’t always understandable,” Peterson says.  “I think there are some things that we can do to improve and make that process more user friendly.”

In addition to meeting income requirements, parents must also be working or taking part in educational training. Peterson says that’s another challenge to combat.

“There is some work we can do in helping them with both of those things,” she says. “But this timeline was so quick that it was hard  to find either educational programs that qualify that they could be a part of, or point them in the right direction for employment.”

Legislators have proposed a bill that would relax some of the eligibility requirements including the work and educational components. But these are just some of the issues Peterson has noticed.

As Monroe County’s enrollment period ends, plenty of spots sit open. There could be as many as 200 seats to fill in the fall. Peterson hopes the state can work to make it easier for families so more kids benefit, which she says will have a ripple effect on the entire community.

“It creates networks, it creates community, it creates opportunities to work, it helps to address our work force issues in this community, and it really helps prepare kids for success,” Peterson says.

Tags:On My Way Pre-K
Support independent journalism today. You rely on WFYI to stay informed, and we depend on you to make our work possible. Donate to power our nonprofit reporting today. Give now.