The federal smoking age has increased to 21, but some say that is not enough.

More than 100 advocates gathered in support of stricter tobacco laws at the Statehouse Tuesday.

Nick Torres, the American Lung Association’s Indiana advocacy director, says the goal was to fight for legislation that would have tougher consequences for retailers that break the law.

“We want their licenses to potentially be suspended or revoked,” Torres says. “We would like to see a longer period of time when those retailers have to comply with the law, we want to see more escalated fines.”

The group also wants to shift more of the focus from young people to retailers when it comes to accountability.

Alana Halsted is a freshman at Westfield High School and an advocate for Breathe Easy Hamilton County. She says it’s too easy for kids to access smoking products.

“Kids should not be punished for this,” Halsted says. “It’s not their fault and retailers are getting away with this.”

Torres says there has been a lot of focus on school resource officers writing citations and fining students caught smoking. He says these fines can sometimes be more than those retailers are charged with.

“We actually want to address the addiction of these products,” he says. “Right now in Indiana, for example, the maximum fine for a retailer that sells to an underage person is $400. On the other hand, the fines for youth is up to $500. So there is a huge discrepancy in the way that Indiana is enforcing underage tobacco sales.”

A bill that would enforce the federal smoking age and increase fines for retailers who violate the law are currently going through the Indiana General Assembly.

Tags:2020 legislative sessiontobaccosmoking age
At WFYI, our goal is to cover stories that matter to you. Our reporting is rooted in facts. It considers all perspectives and is available to everyone. We don't have paywalls, but we do need support. So if unbiased, trusted journalism is important to you, please join us. Donate now.

Hoosiers will remain under a "stay-at-home" order for the next couple of weeks after Gov. Eric Holcomb announced Friday he will extend his directive. Provisions in state law empower the governor to make and enforce such an order.
Read More 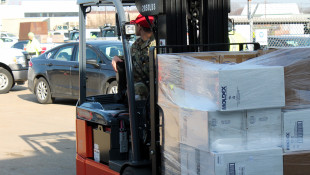 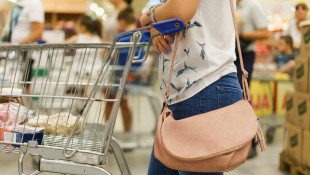 This past weekend residents were out of luck if they wanted to purchase games, books, music and other non-essential items locally.
Read More