There are several Indiana criminal laws that make penalties harsher if the offender knows they have HIV. An example: Indiana University sociologist Carrie Foote – who lives with HIV – said that if a person without the disease spits on someone else in Indiana, it’s a misdemeanor.

“But if I spit on you, it’s a felony crime – I face a very serious crime,” Foote said.

That’s despite the fact that it’s impossible to transmit HIV via spitting on someone.

“Keeping many people from even getting tested and also from engaging in care or taking their HIV medicines regularly,” Weaver said.

Weaver said because many of Indiana’s laws only increase penalties when someone knows they have HIV, people won’t get tested just to avoid legal issues.

Indiana laws related to the transmission of HIV were written in the '90s. A bill was proposed in 2019 to modernize them, but failed.

Copyright 2022 IPB News. To see more, visit IPB News.
Tags:IPBHIVcriminal code reformstudy committee
Support independent journalism today. You rely on WFYI to stay informed, and we depend on you to make our work possible. Donate to power our nonprofit reporting today. Give now. 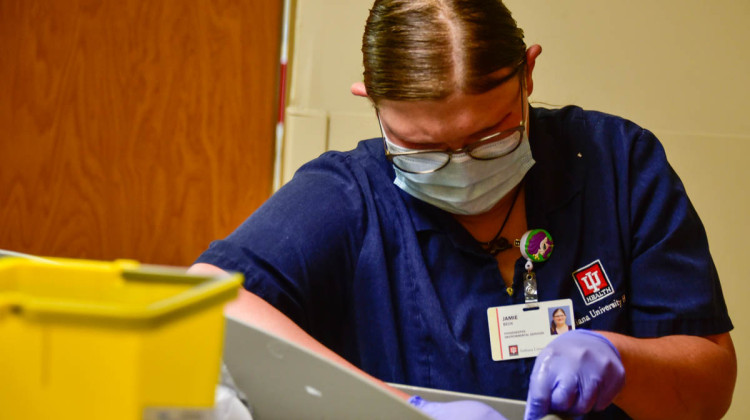