AJ Allmendinger continued his dominance of NASCAR road course racing and set himself up for a sweep at Indianapolis Motor Speedway with a victory Saturday in the Xfinity Series.

Allmendinger has won six of the last 11 road course races — nine in his NASCAR career — and his latest victory is his third of the Xfinity season.

All three wins are on road courses this year as Allmendinger already won at Circuit of the Americas in Texas and Portland, and now the hallowed Brickyard.

Allmendinger is the defending winner of the Cup race and on Sunday will go for the sweep.

Allmendinger sprayed his crew with beer then dropped to his knees on the Yard of Bricks for the celebratory kiss.

“I love it!” Allmendinger screamed into the live NBC Sports camera.

Allmendinger led 43 of the 62 laps and beat Alex Bowman by 2.084 seconds. Bowman thanked his Hendrick Motorsports team for allowing him to race Saturday to prep for Sunday.

“We obviously struggled really badly today in the Cup car, maybe I learned something that will play out tomorrow on the racetrack,” said Bowman, who qualified 28th for the Cup race.

Justin Allgaier finished third as Chevrolet swept the podium, then added one more with a fourth-place finish for Ross Chastain.

Chase Briscoe and Riley Herbst were fifth and sixth in Fords, and Ty Gibbs was the highest-finishing Toyota driver in eighth.

Allmendinger, Bowman, Chastain, Briscoe and Gibbs are all entered in the Cup race Sunday; Gibbs is filling-in for Kurt Busch, who is suffering from concussion-like symptoms, for a second consecutive week. 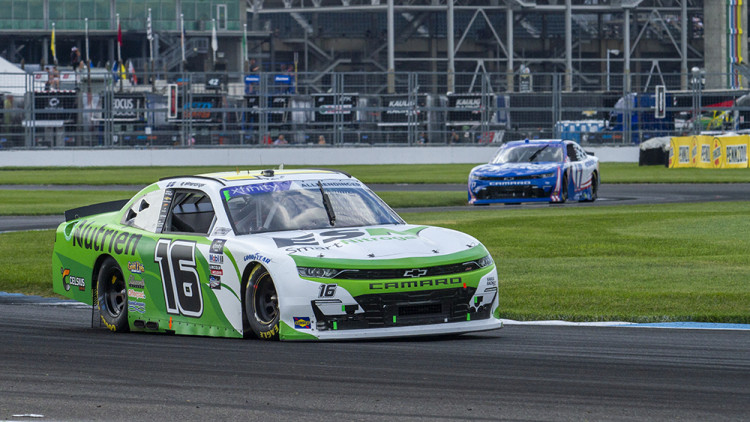 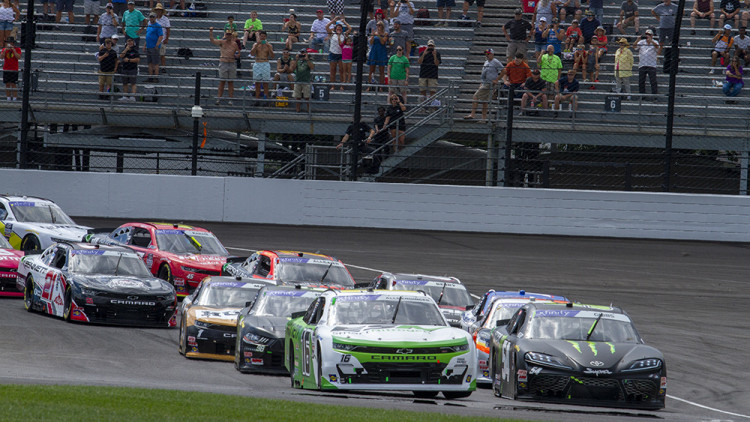 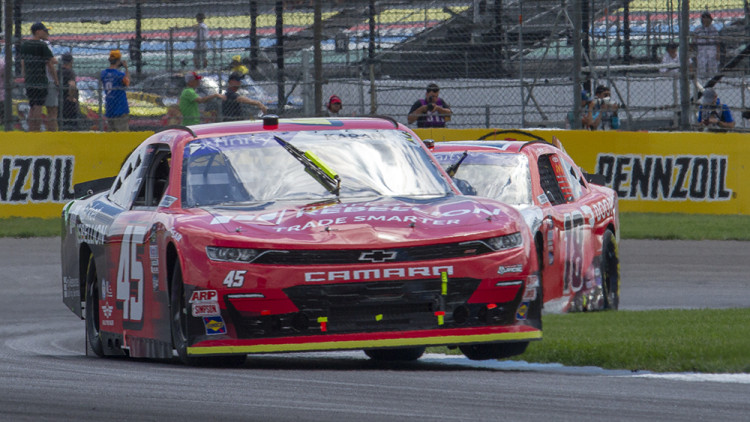 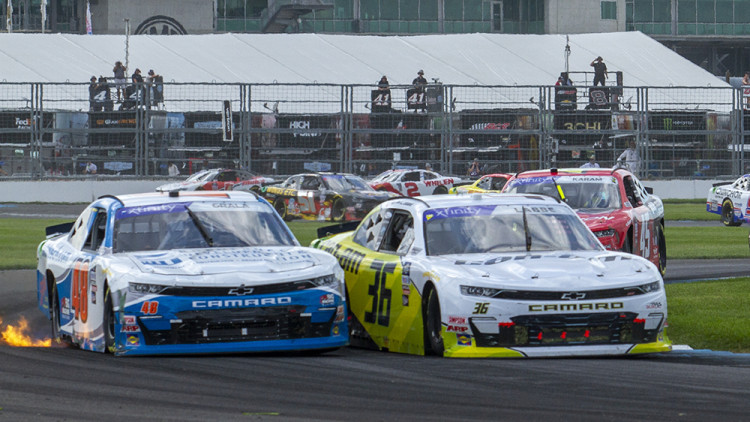 Tags:Indianapolis Motor Speedwayauto racingautoNASCAR
Support independent journalism today. You rely on WFYI to stay informed, and we depend on you to make our work possible. Donate to power our nonprofit reporting today. Give now. 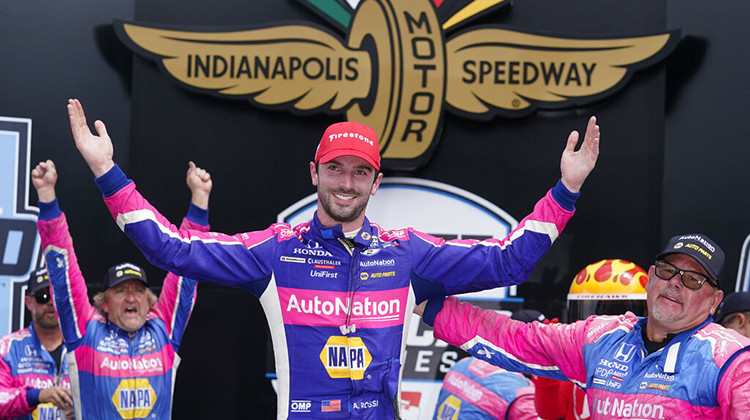 His win Saturday on the Indy road course didn't rival his 2016 victory in the 100th running of the Indianapolis 500. But it did snap a 49-race losing streak and gave him a perfect bookend for his seven seasons with Andretti Autosport.
Read More