The clock was built in 1936 as part of the L.S. Ayres department store at the corner of Washington and Meridian streets, and for a time after the store closed in 1992, the hands of four-sided clock kept moving.

No one remembers exactly when they stopped, but earlier this year, Indiana Landmarks launched a fundraising campaign to get it going again. In less than a month, the preservation organization had raised $60,000 – enough to restore it to its former beauty and establish a repair fund.

Just after noon on Sunday, as a brass band played a fanfare on the street below, J.J. Smith flipped the switch on the refurbished Ayres clock.

“The biggest challenge was to replicate the historic aspect of the clock,” said Smith, the president of Smith’s Bell and Clock Company. “It’s one-of-a-kind, it’s unique, and we’re humbled to be a part of this project.”

Working from a 1936 photograph, Smith and his crew recreated the clock faces from an acrylic material, replaced the interior lights and installed a master controller on the clock.

“We take advantage of modern technology,” he said.

The 10,000-pound, eight-foot-tall clock hangs nearly 29 feet above the corner of Washington and Meridian streets. Indiana Landmarks, which oversaw the fundraising and restoration of the clock, wanted to get it ready in time for Thanksgiving, when another icon – a bronze cherub – is perched on the clock to watch over holiday shoppers.

Generations of Hoosiers have fond memories of the department store and the clock, and that nostalgia may help explain why the fundraising campaign was so quick and successful.

“I always remember coming down to Ayres with my mom,” said Karen McCracken. “We would take the bus over, and I just remember … it was a package deal, shoe shopping and lunch. I’m glad to see the clock working again.”

Paul Smith, a former city administrator and current director of Southeast Neighborhood Development, Inc., was among those who led the restoration effort.

At the original dedication of the clock decades ago, Smith said, they referred to the clock as “our loyal clock.”

“I think part of loyalty means being on time ... and the fact that it was broken was just too bad. So now it’s fixed and it’s loyal again,” he said. 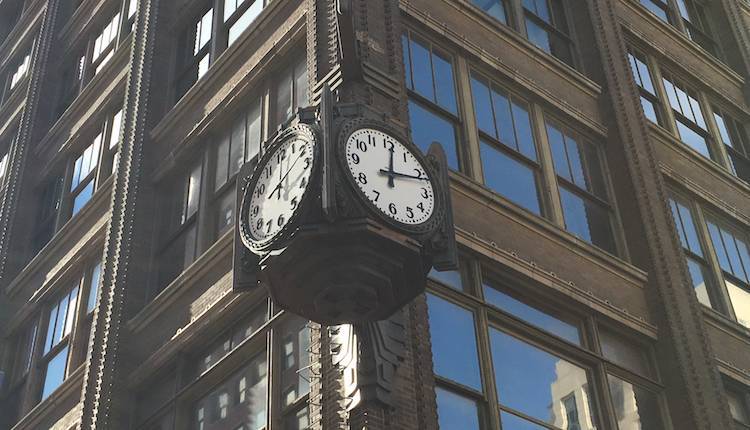 Tags:IndianapolisIndiana LandmarksAyres clock
Support independent journalism today. You rely on WFYI to stay informed, and we depend on you to make our work possible. Donate to power our nonprofit reporting today. Give now. 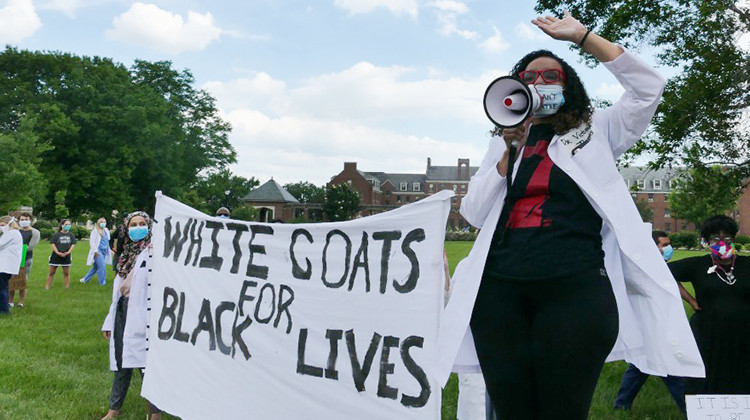