The comsumer review service and digital publisher announced Saturday it is withdrawing its proposal for a multi-million dollar campus expansion on the near east side from City-County Council consideration.

"We are putting the 'Ford Building Project' on hold until we fully understand the implications of the freedom restoration act on our employees, both current and future," said Angie's List CEO Bill Oesterle. The council was expected to vote on the proposal Monday.

"Angie's List is open to all and discriminates against none and we are hugely disappointed in what this bill represents," said Oesterle.

The company says it will begin reviewing alternatives for the expansion of its headquarters immediately.

Earlier this year, Angie's List asked the city to chip in $18.3 million to help pay for the project. The company promised to spend an additional $40 million on the expansion that it said would add 1,000 new jobs and shift 800 more workers to the near east side headquarters.

Indianapolis would in return spend $2 million on streets and infrastructure, and up to $16.3 million in tax-increment financing funds to build a parking garage and move a school warehouse from an old Ford assembly plant in the 1200 block of East Washington Street that's part of the company's expansion plans.

Indianapolis’ rental assistance program is now over a year old and tens of millions have been distributed to help renters impacted by the pandemic.
Read More

Police arrested the juvenile on Oct. 10, hours after Antonia Macri-Reiner was shot in her home.
Read More

The event is one of Indianapolis’ longest running and largest conferences, bringing thousands of students from all over the country to the state capitol.
Read More 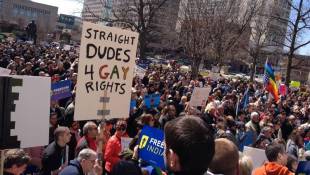 Fallout from new law grows as Angie's List said it would halt a planned expansion of its headquarters until the new law is better understood. 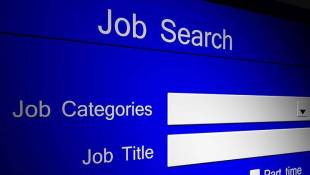 Indiana's unemployment rate rose to 6 percent in January, the first time in nearly a year. But it only lasted a month, falling back to 5.9 percent in February.