On Sunday, Allen County prosecutors announced the arrest of a 59-year-old Grabill man in connection with the 30-year-old abduction and murder of 8-year-old April Tinsley.

Around 3 p.m. on April 1, 1988, Good Friday, Tinsley went missing while walking home from a friend's house. Her mother reported the girl missing to Fort Wayne Police, and three days later her body was discovered along DeKalb County Road 68 in Spencerville.

The cause of her death was asphyxiation, and there was evidence of sexual assault, according to court documents.

For decades, the case remained cold, though periodically police received messages -- such as graffiti on a barn and notes with DNA samples -- from someone claiming to be her killer.

Over the course of the past few years, the FBI, Indiana State Police and Fort Wayne Police Department kept interest in the case alive.

But it was in a manner similar to the conclusion of the Golden State Killer case that Fort Wayne and Indiana State police zeroed in on Miller.

Using the DNA from the 2004 evidence, Fort Wayne Police Detective Brian Martin arranged for new DNA testing in May. Using a private laboratory that specializes in "snapshot DNA phenotyping," investigators narrowed the pool of potential matches.

Miller lived alone in a mobile home in Grabill, about 15 miles northwest of Fort Wayne. Earlier this month Fort Wayne police went through his trash and found more used condoms, and additional DNA tying him to Tinsley, according to court documents.

Sunday morning, Martin and a state police detective approached Miller outside his mobile home. When asked why police would want to talk to him, Miller offered "April Tinsley", according to court documents.

He told police he abducted the girl, sexually assaulted her and then killed her to keep her from reporting him to the police, according to court documents.

He said he dumped her body in along the road early in the morning of April 2, 1988, according to court documents.

Miller is scheduled to appear in Allen Superior Court Monday morning for an initial hearing. Prosecutors have 72 hours to file formal charges in the case. 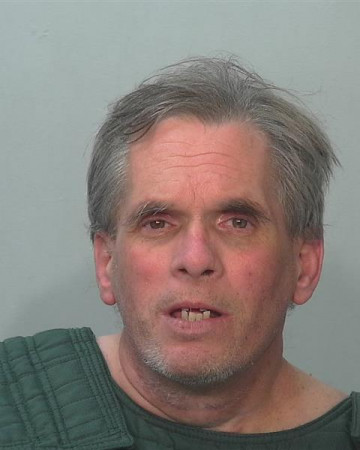 Tags:Allen CountyApril TinsleyFort Wayne
At WFYI, our goal is to cover stories that matter to you. Our reporting is rooted in facts. It considers all perspectives and is available to everyone. We don't have paywalls, but we do need support. So if unbiased, trusted journalism is important to you, please join us. Donate now.

More than 400,000 Hoosiers would lose, on average, about 46 percent of their unemployment benefits under the proposed federal HEALS Act thats according to a recent analysis by The Century Foundation, a progressive think tank.
Read More

The Gold Medal was awarded to the ship's entire crew, living and dead, and will be displayed at the Indiana War Memorial Museum in Indianapolis.
Read More