Willie McCurry has struggled with opioid addiction for years and has spent much of his life in and out of prison. It’s been about a year since he last used substances, and on a recent Tuesday night, he spoke to a crowd of about 100 people in Columbia, Missouri, about the last time he overdosed.

In September 2020, McCurry had been living at a transitional facility, and one night, he intentionally overdosed on fentanyl. McCurry said when he woke up, he was surprised to find a police captain on his chest, in tears.

The officer had been trying to save his life by administering naloxone — a medicine that can reverse an opioid overdose.

"When I saw him, that's actually what changed me," McCurry said.

Seeing someone else care about him gave him the push to start caring about himself.

Nationwide, the number of drug overdose deaths has reached the highest level ever recorded. Between April 2020 and April 2021, more than 100,000 people died from drug overdoses in the U.S. — a 28.5 percent increase compared to the previous year.

The startling trend is playing out in cities everywhere, including in Columbia, where 14 people have died from drug overdoses in the past four months, according to local officials. Within the first six months of 2021, nearly 800 Missourians died from opioid overdoses — well over half the total deaths recorded in all of 2020.

Public health experts and law enforcement blame the uptick in deaths on fentanyl — a synthetic opioid that is much more deadly than other derivatives and has grown in prevalence across the country.

McCurry said he recently started sharing his story publicly because he hopes it will help others who are struggling with addiction. The crowd at the community briefing was the biggest he'd ever spoken to, and he was nervous. But he said audiences have generally been receptive.

“People tend to understand, even those that haven't struggled with addiction," McCurry said. "They still can feel the pain, you know?"

Naloxone — also known by the brand name Narcan — is part of a public health approach known as harm reduction. The goal is to reduce the chance that someone using substances is killed. In the past, opponents of this method have equated it with enabling drug abuse, but there has been a significant cultural shift toward the approach.

Most overdose deaths in Columbia — and an increasing number across the U.S. — are connected with fentanyl. In addition to Narcan, the local health department in Columbia provides free test strips that allow people to test drugs for the presence of the synthetic opioid.

Fentanyl is what brought Jim Haynie out to the briefing. Haynie organizes the local chapter of Narcotics Anonymous, a support group for families and friends of those struggling with or lost to substance use disorder.

Every Wednesday night, Haynie comes to the local Methodist church to listen.

"We don't give advice, we tend to just express ourselves," Haynie said. "And hopefully that helps somebody else.”

Three years ago, Haynie lost his son, Scott, to a fentanyl overdose. Scott had struggled with addiction for most of his life. Haynie said Scott had refrained from using for 10 months before the overdose that killed him. Haynie said he supports harm reduction strategies, including test strips, because his son likely didn’t know he was taking fentanyl.

“He probably thought he was buying heroin," Haynie said. "It was nothing but straight fentanyl. They say it probably killed him instantly.”

Experts say fentanyl has progressively spread into new states, which means there are more people encountering it for the first time. The drug has also shown up in popular stimulants such as cocaine and meth.

Dr. Dan Ciccarone, who studies drug use at the University of California, San Francisco, said fentanyl has expanded across the country.

“It's kind of the Wild West, you know, it's doing different things in different places,” Ciccarone said.

Ciccarone has worked on the issue with the past two White House administrations. He said the adoption of harm reduction strategies has grown in recent years. It took 20 years for mainstream adoption of naloxone, and he points to the much quicker uptake of test strips as a sign of change.

“The fentanyl test strips have gone from underground, literally five years ago, to being on the FDA hit list for promotion," Ciccarone said. “It shows you that harm reduction is no longer a dirty phrase.”

Ciccarone and other experts predict fentanyl is here to stay. And as the drug spreads, increasing awareness and available treatment for those who need help will only become more critical.

Ciccarone said the approach President Joe Biden’s administration has taken is the most progressive stance on harm reduction strategies he has ever seen. The administration earmarked nearly $4 billion in the American Rescue Plan to strengthen and expand services for substance use disorder and mental health.

In a statement issued by the White House on Nov. 17, Biden acknowledged a tragic milestone for the nation: more than 100,000 lives lost to drug overdoses during the pandemic.

“As we continue to make strides to defeat the COVID-19 pandemic, we cannot overlook this epidemic of loss, which has touched families and communities across the country,” Biden said. “To all those families who have mourned a loved one and to all those people who are facing addiction or are in recovery: you are in our hearts, and you are not alone.”

This story comes from a reporting collaboration that includes KBIA and Side Effects Public Media — a public health news initiative based at WFYI. Follow Sebastian on Twitter: @sebastiansings.

Tags:drug overdosefentanylMissouriCenters for Disease Control and Prevention
Support independent journalism today. You rely on WFYI to stay informed, and we depend on you to make our work possible. Donate to power our nonprofit reporting today. Give now. 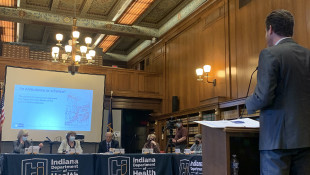 Indiana’s public health commission is considering ways to overhaul the state’s funding model, which is riddled with problems and leaves many Hoosiers without crucial preventive interventions. 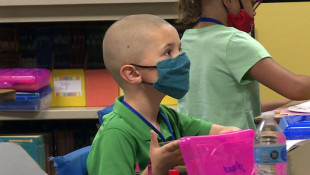 Some school corporations are revisiting their mask requirements after newly reported COVID-19 cases have slowed over the past two months. 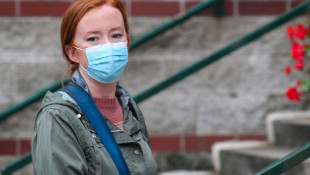 The Indiana Department of Health has announced boosters are available for all Hoosiers 18 and older regardless of occupation, age or underlying health condition.