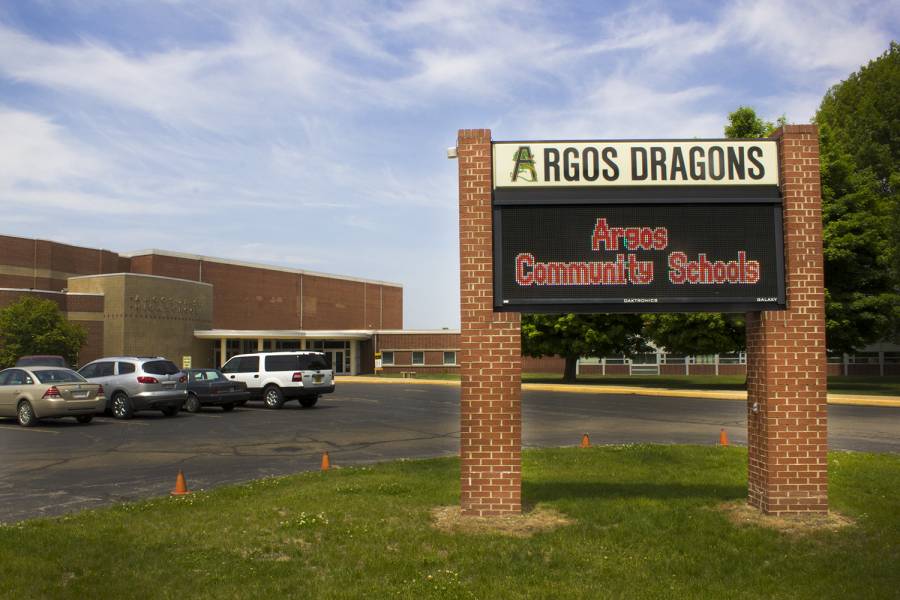 Like rural districts across Indiana, dropping enrollment in Argos Community Schools means less money for the district. As officials look toward the future, they're nervous about what comes next. Photo: Peter Balonon-Rosen/Indiana Public Broadcasting

ARGOS, Ind. — It’s the last day of school for Argos Community Schools and Superintendent Michele Riise is busy — and running on only five hours of sleep.

“I don’t drink coffee, I drink Diet Coke,” Riise said, with a hearty laugh. “So I start with one every day in the morning. Right away.”

Today she set that caffeine to good use — she’s both superintendent and elementary school principal in Argos, a tiny district in the heart of rural Indiana.

Riise took on that dual role in September as a cost-saving measure.

“Most superintendents can’t say they know their kids and know them and their families,” Riise said. “I’ve had a lot of long hours and a lot of sweat and tears, but it’s been worth it.”

Now, with enrollment and funding dropping in rural districts across Indiana, Riise is left with another challenge: find money to school the students who remain.

The one-stoplight town an hour west of Fort Wayne is surrounded by fields of corn, soybeans and other crops. Argos Community Schools employs about 80 staff. It’s the community’s largest employer, according to Riise.

There are only about 50 students in each grade, so everyone in the entire district attends school in the same building. The average Indiana district has about 2,700 students. Argos has 644.

And few students means fewer dollars to run the district. 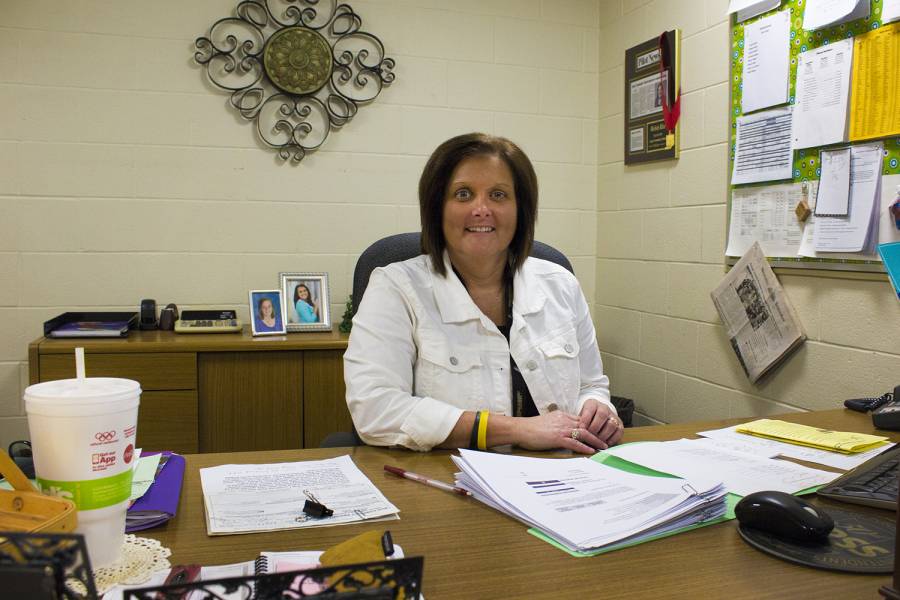 Argos superintendent Michele Riise starts each day with a Diet Coke from McDonalds. In September she also took on the role of elementary school principal to save the tiny district money. Photo: Peter Balonon-Rosen/Indiana Public Broadcasting

In Indiana, the state mainly funds districts based on their head count. Dollars follow students to school.

The salary of over 12 Argos teachers.

The District Cuts to Survive

“You name it, if it was something that we could do that would not impact our kids,” Riise says, “we did it.”

Riise took the dual superintendent-principal role. The district froze salaries and benefits. Teachers said the district could hold off on contributing to retirement funds.

Riise also closed the central office and moved the staff into the school.

She points out two women in a room next to her office.

“Then when you turn out that door, that’s my elementary staff,” Riise said. She gestured the other direction. “So you’ve got both, kind of, in close proximity.”

Riise said she knows they can’t keep cutting, every time a student leaves, but she’s in a bit of a pickle.

More money isn’t coming from the state because of property tax caps. And Argos doesn’t have a lot of industry to attract families with more students.

So she turned to the community.

Will the Community Increase its Property Taxes?

“The rates they were asking [were] catastrophic,” said Don Thompson. He’s lived in Argos for most of his life.

In the May primary, the district proposed a referendum that asked for a property tax increase of up to 61 cents on each $100 of annually assessed property value. For a home valued at $100,000 that would have been about $200 extra each year. 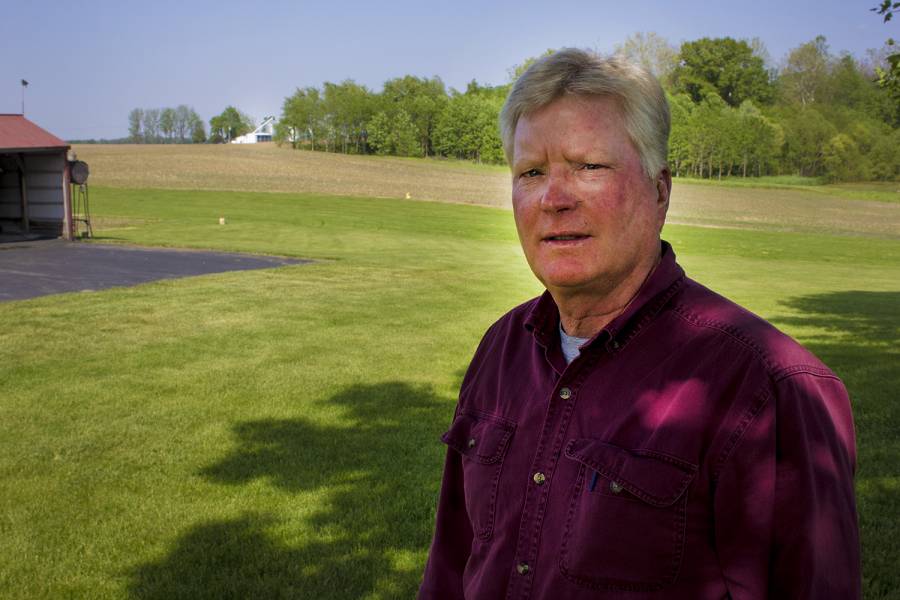 Don Thomspon stands in front of farmland he’s owned since 1976. Thompson grew up in Argos and dreamed of owning his own farm one day. He says higher taxes would drive business from the area. Photo: Peter Balonon-Rosen/Indiana Public Broadcasting

Thompson is a former school board member, but like many landowners in Argos, he doesn’t want to fund the schools through higher property taxes. Argos already has the highest property tax rate in Marshall county.

“If there was something a lot smaller than that, we could maybe bite the bullet and go ahead,” Thompson said. Otherwise, he said, adding to the current rate would drive away businesses.

Across Indiana, taxes for farmland have increased by 63 percent since 2007. So landowners like Thompson in Argos, a primarily agricultural area, see the district’s proposed hike as a double whammy.

So, they voted it down.

Thompson says responsibility for funding schools should lie with the state.

“We need them to come in and come up with a formula to help us out rather than just let us sit out here and fight it out and see who comes out of that battle alive and bleeding,” Thompson said. “That is not public policy. That is not doing your job.”

A ‘Pefect Storm’ for the Schools

When the state funds Indiana schools, basically, there’s this giant pot of money, it’s divided up and sent to schools. In the past five years, that pot has grown from $8.4 billion to $9.3 billion, but recent changes to the funding formula link some funding to enrollment -- so not every district sees this increase, and some districts receive less money.

Earlier this year, things did look better for the district, for a moment. Enrollment was back up.

But enrollment can change. And to complicate matters, the state now requires a headcount twice a year, to adjust funding.

“We lost at least 26 kids from September to February and so that was quite challenging because that’s dollars right there being lost,” Riise said. 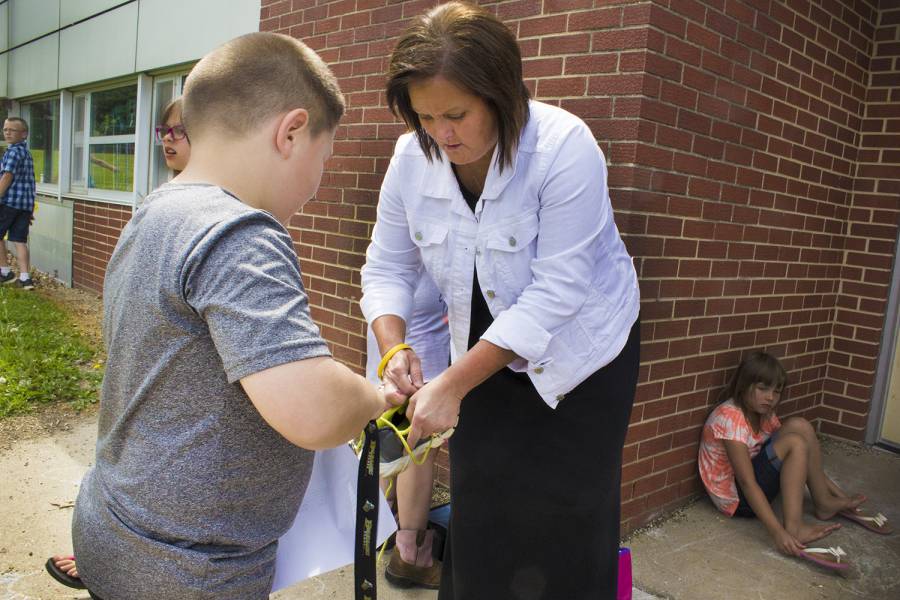 Argos Superintendent Michele Riise helps a student tie his shoes on the last day of the 2015-16 school year. During the first half of the year, Argos schools lost 26 students. Photo: Peter Balonon-Rosen/Indiana Public Broadcasting

“It is a perfect storm of things unfortunately,” Riise said. “I wish it would stop storming, to say the least.”

Eight of the school’s 80 staff won’t return this fall — one-in-10 positions. Some were laid off. Others, took retirement to save the district money, like the school’s gym teacher.

“That was very big of him because he sat in the meeting and said, ‘Mrs. Riise, just tell me, will someone lose their job?’ and I said, ‘Yes,’” Riise said, blinking through tears. “And he said, ‘Kim and I will retire, we’re OK.’”

Nervous for the Future

Now Riise is left to look into other options for the district, including another tax referendum and, possibly, consolidation. But she’s nervous.

“Once the school goes, everyone goes elsewhere because they want to be near the school they’re sending their kids to,” Riise said. “If I go, so does the town.”

And Argos isn’t alone with these circumstances.

In the past five years, state data shows that the 63 districts in the Indiana Small and Rural Schools Association have seen one in in every 16 students leave.

Tags:School FundingArgosrural school districtsrural communities
Support independent journalism today. You rely on WFYI to stay informed, and we depend on you to make our work possible. Donate to power our nonprofit reporting today. Give now.