As Part Of 'Tobacco Nation,' Indiana Has A Smoking Rate On Par With Developing Countries

As Part Of 'Tobacco Nation,' Indiana Has A Smoking Rate On Par With Developing CountriesA group of 12 states would rank fifth among the countries with the highest smoking rates, behind Indonesia, Ukraine, China and the Philippinesurltobacco, smoking, Tobacco Nation, Truth Initiative2017-10-12T00:00:00-04:002017-10-12T00:00:00-04:00
Unable to load the audio player.
You could try direct download?
playpausemuteunmute
Original story from   WFYI-FM

A group of 12 contiguous U.S. states in the Midwest and South has the highest rate of adult tobacco use in the nation. If taken as a country, this group would rank among those with the highest smoking rates in the world.

According to a report released by Truth Initiative last week, Indiana is one of these 12 states, along with neighboring Ohio, Michigan, West Virginia, Kentucky, Tennessee, Alabama, Mississippi, Louisiana, Arkansas, Oklahoma and Missouri.

According to the report, if these 12 contiguous states made up a “nation,” it would rank fifth among the countries with the highest smoking rates, behind Indonesia, Ukraine, China and the Philippines - “countries with a fraction of our financial, scientific and healthcare resources,” said Truth Initiative CEO Robin Koval.

In Indiana, smoking is still the leading cause of preventable death, causing a host of illnesses including cancer, heart disease and stroke. The Centers for Disease Control and Prevention ranks Indiana’s adult smoking rate the 10th highest in the country.

Richard M. Fairbanks School of Public Health Dean Paul Halverson was not surprised to see Indiana highlighted in the report.

“We are horrible when it comes to funding public health,” he said. “We’re ranked 49th in 50 states in our per capita investment in public health.”

Furthermore, while the CDC recommends a state the size of Indiana should spend $70 million a year in tobacco control and prevention. Halverson said Indiana only invests $7 million annually.

Beside their proclivity for smoking, the twelve states have other characteristics in common, too.

One is poverty. Compared with the other 38 states, “tobacco nation” earns nearly 21 percent less per year, the report said.

In April, Indiana lawmakers proposed increasing the tax levied on a pack of cigarettes, but it failed to pass. The state’s cigarette tax is around a dollar, one of the lowest in the county, and well below the national average, $1.71.

Indiana also has a preemptive law, common in the other “tobacco nation” states, that restricts tobacco control efforts at a local level.

For instance, even if local governments wanted to raise the minimum age for purchasing cigarettes to 21, the preemptive law would prevent them from passing policies more stringent than state law.

While the U.S. smoking rate has declined in recent years, it remains high in rural communities.

“In fact, in some of our areas, it has actually increased,” said Alana Knudson, co-director of the Walsh Center for Rural Health Analysis.

“Many of the counties in ‘tobacco nation’ are rural, and when you look at the public health infrastructure in our rural communities, it has greatly diminished,” Knudson said.

She said not enough federal funding flows into smaller communities.

“We already know 70 percent of smokers want to quit,” said Corinne Graffunder, director of CDC’s Office on Smoking and Health.

However, she said those who live below the poverty line have the hardest time quitting.

Dr. Kasisomayajula Viswanath, who teaches behavioral sciences at Harvard’s T.H Chan School of Public Health, said it’s important to study tobacco use within “the context of class, place and race.”

While the data show high rates of poverty in this region, Viswanath said researchers should take into context what compels people to smoke.

In many of these states the manufacturing industry has disappeared, said Viswanath. The threat of losing work demoralizes residents.

“It is a challenge of micro-humiliations where they’re constantly under stress,” he said “One part of it is mental health, but the other part is just not mental. It’s the stress associated with navigating and maneuvering through life.” 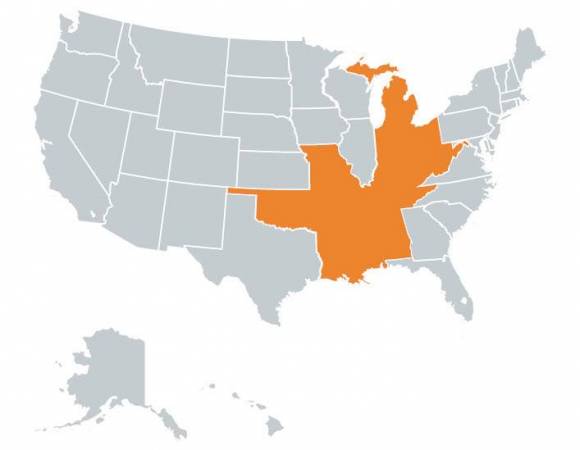 Tags:tobaccosmokingTobacco NationTruth Initiative
At WFYI, our goal is to cover stories that matter to you. Our reporting is rooted in facts. It considers all perspectives and is available to everyone. We don't have paywalls, but we do need support. So if unbiased, trusted journalism is important to you, please join us. Donate now. 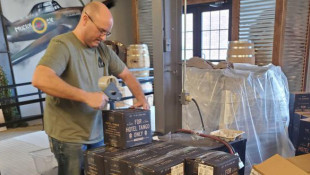