One of the few races all Hoosiers get to vote for this election is for superintendent of public instruction. The state superintendent runs the Department of Education and chairs the State Board of Education. In the first of a two-part series looking at the candidates in this race, we look at Democrat incumbent Glenda Ritz.

When Glenda Ritz first ran for state superintendent in 2012, she was the underdog.

His campaign outspent Ritz’s 5 to 1. But Ritz was an educator, and she had the support from the state’s teachers, a strong grassroots campaign. And on Election Day, she received more votes than any other candidate on the ballot, including Governor Pence.

Many who opposed the school reform strategies of Republican leaders saw Ritz as a solution. But the fact that she disagreed with the Pence administration – became a problem.

This manifested the most at the State Board of Education meetings.

“This is the part of these meetings that I hate,” former SBOE member Andrea Neal said at a particularly combative meeting. “It’s unnecessary tension, my stomach starts churning the night before.”

The boiling point came when Ritz abruptly ended a board meeting before the agenda was complete.

She later filed a lawsuit against board members for communicating with each other outside of meetings, via email, saying they violated proper meeting procedures.

Because of all this, education became one of the biggest political issues in the state. This included verbal sparring between Ritz and Pence.

“Yes there were politics going on, but I figured out really quickly that I don’t need anyone’s permission at the statehouse to serve children,” Ritz says. “And the politics is sometimes just the politics, and I have work to do.”

Of course, some of the conflict was rooted in Ritz’s outsider status. She is currently the only Democrat in a statewide elected position, and she opposed the brand of education reform republicans started rolling out under the Daniels administration.

But as state superintendent Ritz and her administration had to implement all of those changes, and it was sometimes a rocky transition.

For example, after Pence abruptly made the state leave Common Core, the State Board of Education and Department of Education had less than a year to write a new test.

Testing experts say that is too short of a timeline, and warned the state board it would be a long assessment. But when parents and teachers complained about the length, Pence blamed it solely on Ritz.

“Look I don’t want to make it personal, but the Department of Education is in charge of crafting the test and conducting the test in the state of Indiana,” Pence said a press conference after signing an executive order to shorten the 2015 test. “That is their responsibility.”

This political drama dominated most of Ritz’s first term. She even launched a short-lived campaign for governor last fall, to oppose Pence.

Despite The Drama, What Did Ritz Accomplish?

Ritz still had some support from teachers who felt she was advocating for public schools. During her tenure the number of schools receiving a D or F dropped dramatically. And while the state superintendent cannot pass legislation, Ritz continued to oppose many policies — like the voucher system, and continued to call for more state money for schools with needier students and pre-K scholarships.

But the superintendent’s primary responsibility is working with school districts. And this is where, apart from the political sparring, Ritz receives the most criticism.

“I think one concern would be timely communication about things,” says Goshen Community Schools Superintendent Diane Woodworth. “Every once in a while that maybe we’re a little behind the 8 ball with getting the information we need about this report or that reports that due.”

This sentiment is something many school superintendents and principals have echoed, that when they have questions for the department or need guidance, it doesn’t come in a timely manner.

Which leads us to the 2016 race for state superintendent. Ritz’s Republican opponent, Jennifer McCormick, is the current superintendent of Yorktown Schools and says Ritz has not been helping support districts. And this lack of support and public disagreements is why she got in the race.

Tags:Election 2016Glenda Ritz
Support independent journalism today. You rely on WFYI to stay informed, and we depend on you to make our work possible. Donate to power our nonprofit reporting today. Give now.

The Indiana Commission for Higher Education wants state lawmakers to rethink the formula for funding higher ed. But that proposal isnt being met with universal praise.
Read More 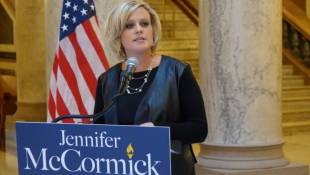 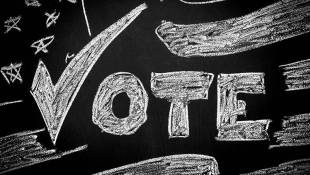