MUNSTER, Ind. (AP) — Auditors with the state of Indiana have raised concerns about oversight in child nutrition and special education accounts for Munster's school district.

The (Northwest Indiana) Times reports the audit published by the Indiana State Board of Accounts covers July 1, 2016 to June 30, 2018 and draws attention to the district's cash management and property procurement as they relate to federally funded school breakfast and lunch programs.

The audit says in one instance the School Town of Munster purchased over $426,000 in kitchen equipment without proper federal approval.

The northwestern Indiana district notes in a response that it's "more than willing to take on the responsibility and will be accountable in resolving and correcting the issues that were identified." It says steps already are being taken to make improvements.

Tags:MunsterSchool Town of Munster
At WFYI, our goal is to cover stories that matter to you. Our reporting is rooted in facts. It considers all perspectives and is available to everyone. We don't have paywalls, but we do need support. So if unbiased, trusted journalism is important to you, please join us. Donate now. 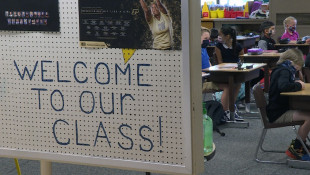 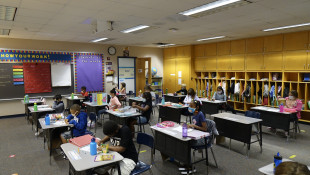 President Michael A. McRobbie said he will ask the trustees next week to removed the name of David Starr Jordan from a classroom building, a parking garage and a campus creek.
Read More