As Indiana lawmakers consider measures to strengthen the state’s background check laws, the Indiana Department of Education is investigating 85 cases of alleged educator misconduct, according to department officials.

Of the 85 licensed educators currently under investigation approximately 40 involve at least an allegation, if not charges, of sexual or inappropriate contact with a student.

“Teachers and employees at public schools, and other schools for that matter, are having wrongful relationships with the students,” says Sen. Dennis Kruse (R-Auburn).

In response, Kruse, chair of the Indiana House Committee on Education, is recommending proposed changes to Indiana background check laws.

In proposed legislation, all employees, would be required to get background checks every five years.

“After a period of five years, things may have happened in your life,” Kruse says. “You may have made some wrong decisions and the school doesn’t know about it.”

While districts do give new employees – from teachers to cafeteria staff to school aides – background checks within three months of starting, that law took effect in 2009. So plenty of staff hired before then, never have had a background check.

Under Kruse’s proposed changes, all employees would be checked for criminal history and allegations, in- and out-of-state.

Most Cases Are ‘People Without Any Prior Criminal History’

Over at the Indiana Department of Education, Kelly Bauder is a department staff attorney.

“One of my main responsibilities is to work on teacher license, suspensions and revocations,” Bauder says.

Since 2013, the department has revoked 48 educator licenses for misconduct. All 48 cases included sex offenses, which could include child seduction, sexual misconduct with a minor and child molestation.

Of those, 13 eventually pled to a lesser offense or were not charged with a sex crime. Actions like sexting aren’t necessarily criminal.

“We get a lot of cases that we see that didn’t rise to the level of being charged criminally, but were inappropriate,” Bauder says. “And sexting is probably one of the biggest ones that I get.”

“I think it just can’t hurt,” Bauder says. She says it will allow the cadre of Indiana educators hired before 2009 to get background checks.

But the education department isn’t counting on lawmakers to fix the problem.

“We don’t wait, here at the department for the legislature telling us that we should be doing things,” Bauder says.

She says, prevention measures, like trainings around ethical and professional behavior, are more important than checking someone’s past.

“The majority of the cases that I see are people without any prior criminal history,” Bauder says.

Meaning, background checks wouldn’t have stopped them from getting into schools in the first place.

To address the issue, the department offers video trainings and runs a school safety academy to help staff identify signs of misconduct.

Volunteers Could Be Left Out Of Legislation Changes

While the proposed changes to the law would now check all school employees, each district would still make its own rules for volunteers, including some coaches.

And that concerns the department, because, Bauder says, if a volunteer coach is let go for sexual misconduct, but not charged with a crime, he or she could get a job elsewhere. They’d have no criminal record.

“Until someone takes responsibility, for it and is willing to require that coaches have a license that could be revoked so they can’t move from school to school, that will be a continuing problem that the department simply can’t address, if they’re not a licensed teacher, as well,” Bauder says.

“If they’re paid by the school corporation, they’re going to have the check,” Hendrix says. “If they’re coaches or volunteers – we have done, in the past, limited criminal history checks as well.”

None of the three background check bills currently being reviewed by Senate and House committees on education include volunteers – it’d still be up to individual schools and districts.

We’re following this issue. Have a story you’d like to tell or tip for following up on misconduct? Reach reporter Peter Balonon-Rosen at pbalonon@indiana.edu.

Tags:Indiana Department of Educationsexual predatorsteacher background checkssex crimes
Support independent journalism today. You rely on WFYI to stay informed, and we depend on you to make our work possible. Donate to power our nonprofit reporting today. Give now. 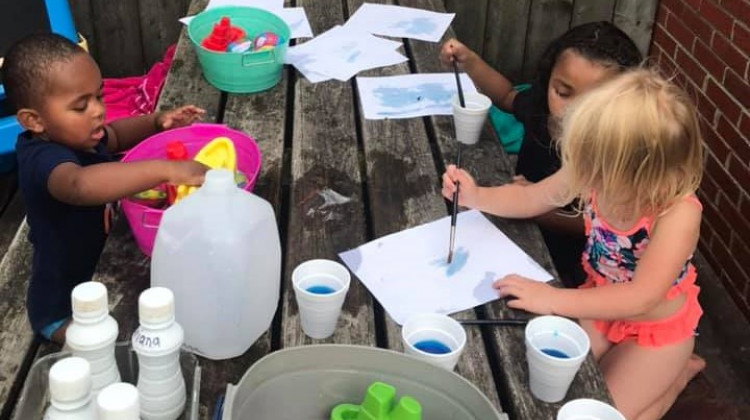 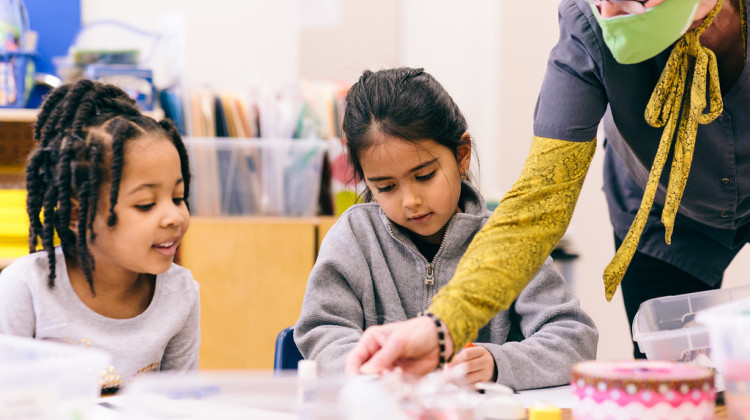 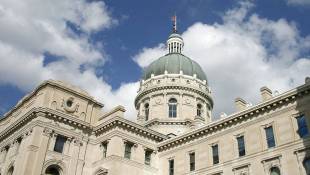 Governor Holcomb delivered the State of the State, a bill aimed at protesters who block traffic stalled, and a committee approved a balanced budget amendment.