The Indiana alma mater of the founder of Papa John's says it will keep his name on a school business program despite controversy over his use of a racial slur last month.

Schnatter is a 1983 Ball State graduate. The center was created in 2016 after he and the Charles Koch Foundation gave Ball State $3.25 million.

Schnatter resigned as chairman of the Louisville, Kentucky-based pizza chain after Forbes reported last month that he used the N-word during a media training conference call. He has apologized for using the word, but said it was taken out of context.

Tags:John SchnatterPapa John'sBall State Universityentrepreneurship
Support independent journalism today. You rely on WFYI to stay informed, and we depend on you to make our work possible. Donate to power our nonprofit reporting today. Give now. 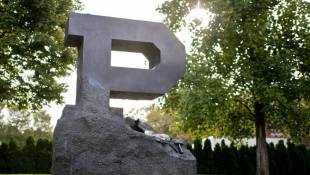 The Purdue University Board of Trustees says Papa John's founder John Schnatter's name will be removed from the university's economic research center. The governing board will offer to return $8 million donated by Schnatter.