MUNCIE -- A new report from Ball State University says Indiana is not experiencing a teacher shortage.

Ball State economist Michael Hicks says confirming a teacher shortage in any state depends on what numbers you use.  Many education reporters have focused in recent months on the number of first-time teacher licenses the state is issuing, which the state Department of Education confirmed is down more than 30 percent.  Hicks says that’s not the right metric to use.

“There’s no demand growth for licensed teachers in Indiana," Hicks said. "Almost all the growth in student populations is coming in private schools which don’t require teachers with a license.”

Instead, the Muncie economist says he’s found an excess of teachers for certain subjects, and a small demand for science, math, and special education teachers.  He bases his findings on one number – 39,000.  That’s how many Hoosiers have a teaching license, but are working in a job outside the teaching field.

“And that’s out of a pool of fewer than 60,000 total licensed teachers in the state," Hicks said. "And a lot of people who have the credentials have elected not to go into teaching. The evidence strongly suggests it’s because there haven’t been sufficient jobs for them in the past few years.”

A committee of legislators is studying ways to attract and retain teachers.  Hicks is telling those lawmakers is to raise teacher salaries, and to pay educators teaching in-demand subjects more than their colleagues from other departments.  But, he says he knows that concept would go against many teachers union contracts.

Tags:Ball State Universityteacher shortage
Support independent journalism today. You rely on WFYI to stay informed, and we depend on you to make our work possible. Donate to power our nonprofit reporting today. Give now. 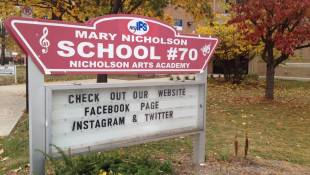 Some parents are opposing a fast-tracked proposal by the Indianapolis Public Schools administration to relocate a magnet program of mostly minority students from the city's Northside to a Downtown building where a long-running school would be shuttered. 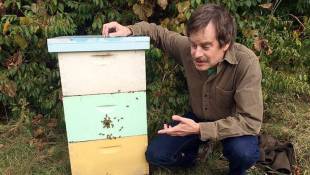 Purdue scientists have selectively bred the bees to chew off deadly parasites that suck blood and transmit disease.