Battle Over Ballot Selfies Isn't Over In Indiana

INDIANAPOLIS -- Hoosiers headed to the polls Tuesday will be able to snap a picture of their ballot after a federal judge last month halted a new law banning such photos.  But, the law’s author doesn’t want to give up the fight to prohibit so-called ballot selfies.

In oral arguments over the ballot selfie ban and in her ruling, Judge Sarah Evans Barker discussed the idea of writing the law differently to clear up its constitutional pitfalls.  For example, the idea of more narrowly tailoring the ban – allowing photos of unmarked ballots, for instance.

Avon Republican Sen. Pete Miller, who wrote the bill, says he’s happy to find a less restrictive way of banning ballot selfies.  But, Barker also struck down the law in part because she says the state can’t find any recent evidence of voters using cell phones and photos to buy and sell votes – the very problem Miller seeks to address.  The Republican lawmaker says that’s because, up to now, phones have largely been banned from polling places.

“It was not a question before whether you could take a selfie of your ballot because you shouldn’t have been using your phone at all," Miller said. "We thought it was appropriate to loosen that restriction but we didn’t want to loosen it all the way and that’s the reason for this explicit ban, whereas before it was just implicit that you couldn’t use your phone, period.”

Miller says he’ll let the legal battle over the current law play out before making another attempt at writing a ballot selfie ban.

Tags:Election 2015ballot selfieSarah Evans BarkerPete Miller
Support independent journalism today. You rely on WFYI to stay informed, and we depend on you to make our work possible. Donate to power our nonprofit reporting today. Give now. 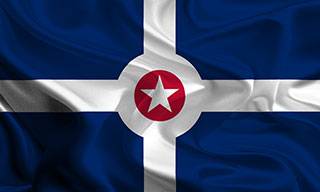