INDIANAPOLIS -- With little support from those outside the Statehouse, and what seems to be weak support inside the building, a bill that aims to balance LGBT rights and religious freedom faces an uncertain fate.

The proposed measure provides lesbian, gay and bisexual Hoosiers with protection from discrimination.  That part upsets religious groups, who say people will be forced to provide services against their faith.  The bill doesn’t include protections for the transgender community, which upsets LGBT advocates.

This lack of support from either side of the debate concerns House Speaker Brian Bosma.

“I wish we had a better compromise to work from but as I said, I’m not criticizing it," Bosma said. "I said this was going to be a heavy lift.”

But Senate Republican Leader David Long says he wasn’t surprised by the lack of support in committee testimony.

“It’s understandable, particularly when both sides on either extreme -- far right and far left -- are so passionate on this," Long said. "There’s no give with those groups.”

The measure is up for amendments on the floor Monday.  Several senators say they’d like to see many changes made to the bill, but Long says he thinks the legislation is just right as is.

Tags:Religious Freedom Restoration ActRFRALGBTLGBT civil rights
Support independent journalism today. You rely on WFYI to stay informed, and we depend on you to make our work possible. Donate to power our nonprofit reporting today. Give now. 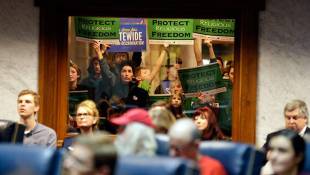 Neither Side Of LGBT Rights Debate Completely Satisfied With Legislation

A Senate committee Wednesday approved a bill that aims to balance protections for gay, lesbian and bisexual Hoosiers and people faith. But, those testifying in complete support of the measure were few and far between. 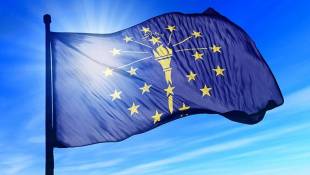 An annual survey gauging the overall well-being of U.S. residents ranked Hawaii No. 1 and Alaska No. 2. Indiana tied with Ohio for 47th.