Bill Would Eliminate More Than 300 Indiana TownshipsHouse Republicans want to merge townships with fewer than 1,200 residents -- roughly one-third of the townships in the state. They say doing so will save money. But, people living in those small communities say it will come at a cost to them.urlIndiana House Republicans, local government, township reform2018-01-12T00:00:00-05:002018-01-12T00:00:00-05:00

Hundreds of rural Indiana communities could see big changes if a proposed bill makes its way to the governor’s desk.

House Republicans want to eliminate roughly one-third of the state’s townships. They say doing so would save money.

But, people living in those small communities say it will come at a cost to them.

Mary Frances Hochstetler is flipping through a weathered notebook she kept from her time as Jefferson Township trustee. She’s counting the number of calls she received from township residents each month.

There’s just over 1,100 residents in this western Owen County township, but they kept Hochstetler busy during the 12 years she oversaw the community.

Township trustees have a long list of duties, including everything from providing fire protection to maintaining cemeteries.  And, many of the calls trustees get are from residents who need township assistance for propane, electric or food.

It’s government on a personal level that folks here are used to. There’s nowhere to buy gas or milk in their township, but people here know who they can count on when they need help.

But, under a proposal at the statehouse, Jefferson Township could cease to exist. Among other things, House Bill 1005 would require townships with fewer than 1,200 residents to merge with others.

“A blanket law is not going to be to the advantage of every person in the state of Indiana,” Hochstetler says. 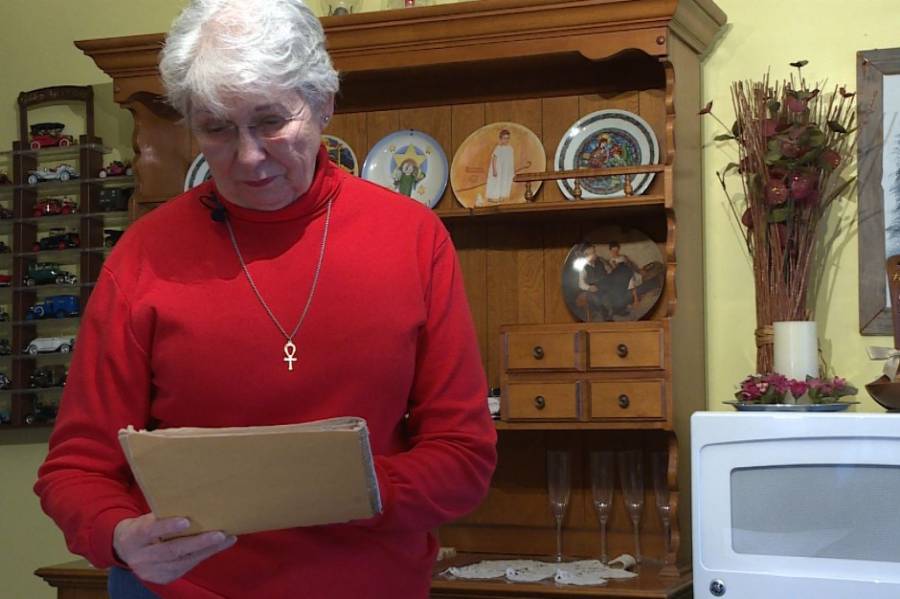 Will Township Reform Pass This Time Around?

Former Gov. Mitch Daniels charged the Indiana Commission on Local Government Reform with coming up with recommendations for a better local government structure. The Kernan-Shephard Report followed, which included a recommendation to shift township responsibilities to the county.

The Indiana Township Association opposed that plan. But, they support this year’s bill.

“We have been listening to the folks that are in these chambers tell us that if we do not reform ourselves, that they will do it for us,” says Debbie Driskell, executive director of the Indiana Township Association. “So, that brought us to the table to negotiate the best deal that we could, rather than lose our township boards or township government altogether.”

While HB 1005 would force smaller townships to merge, it would keep the current township government structure in place. Driskell says that’s what’s most important.

The bill also addresses issues of accountability among township officials, putting salary caps on township board members and giving people options for recourse if a trustee denies them an application for aid.

But, it’s the proposed consolidation that everyone’s talking about.

“I’ve gotten a lot of questions about ‘how does this effect the configuration of my school corporations?’” says Katrina Hall, director of public policy for the Indiana Farm Bureau.

The Farm Bureau came out against township reform last time legislators considered it, and the organization maintains that position with this new bill.

“The other part we’re concerned about is what the tax implications will be for those that are in a smaller townships that already have lower budgets,” she says. “We are pretty confident that when this plays out there will be a shifting of taxes from the neighboring townships onto these ones that generally are going to have a lower budget.”

The township reform bill wouldn’t go into effect until 2023. It will have its first hearing at the statehouse next week.

It’s unclear how much money consolidation could save the state or cost the impacted townships. That’s something both Hall and Driskell would like to see studied.

But, people living in the small communities that could be impacted don’t really care about studies. Those with homes in Jefferson Township consider this place part of their identity — it’s home. And they don’t want that to change.

Tags:Indiana House Republicanslocal governmenttownship reform
At WFYI, our goal is to cover stories that matter to you. Our reporting is rooted in facts. It considers all perspectives and is available to everyone. We don't have paywalls, but we do need support. So if unbiased, trusted journalism is important to you, please join us. Donate now.