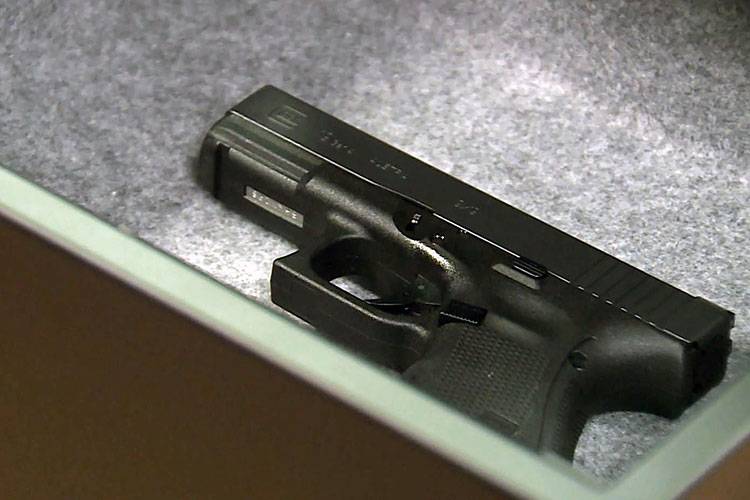 Jay School Corporation is finishing up installation of biometric gun safes in its schools. Staff members who volunteered will have access to the guns in the event of a shooting. (Steve Burns/ WFIU-WTIU News)

The heartbreaking realities of being a student in 2019 are illustrated in the subtle details throughout East Elementary in Portland, Ind.

The glass windows and doors that line the front of the building are coated with a reflective, bulletproof glass. Windows looking into the classrooms are placed near the ceiling, too high for people to see inside. And, the carpet inside a first grade classroom is a different color in one corner, so the teacher can use age-appropriate language in the event of a lockdown – telling students "Go to the blue carpet."

This is a school that prepared for tragedy, while praying it never comes to town. 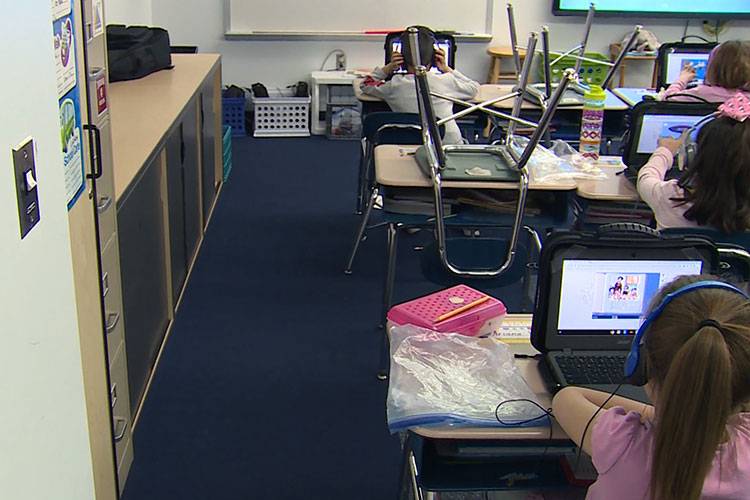 The carpet in this corner of a first grade classroom is a different color than the rest of the room. It allows the teacher to use age-appropriate language in the event of a lockdown, by telling kids "Go to the blue carpet." (Steve Burns/WFIU-WTIU News)

Gulley studies school shootings closely to try and prevent a similar incident from happening in his rural Indiana school district. Last year, he submitted a comprehensive plan to improve security across the corporation.

The district has already implemented most of the changes. It's spent $1.3 million, including some state money, on prevention and hardening efforts over the past year. Every school now has a single entrance, where people are captured on camera before someone lets them in. And, they have to be buzzed in three separate times before gaining entry to the school.

Gulley's plan also includes placing stocked gun safes in undisclosed locations throughout the schools. Staff who volunteered will have access to the safes in the event of a shooting, which will open with the touch of a fingerprint. Gulley and the Jay County sheriff get a text message anytime someone opens one of the safes. Crews are finishing up installation of the safes this month.

The volunteers already went through extensive firearms training to prepare. Gulley says it's something local police departments, which are already stretched thin, can't be depended on for. The district hired a contractor to teach the staff how to use the guns.

The district had to find that money in its own budget, despite the state awarding it a $500,000 school safety grant. Districts can only use the money for certain costs, like employing a school resource officer, conducting a threat assessment or purchasing equipment to restrict access to the school or alert police.

Bill Would Expand How School Districts Could Use Safety Grants

Schools can use state grant funding to help make changes that restrict access to their buildings. (Steve Burns/WFIU-WTIU News)

State Senator Jim Tomes (R-Wadesville) is proposing a bill that would expand the use of the grants. He says hearing about Jay County's security plan gave him the idea.

"So for school districts like that I would like to see that that funding is available for that portion of the school safety projects that they're implementing, such as the firearms training for this," Tomes says.

But State Superintendent of Public Instruction Jennifer McCormick has repeatedly said, although state law allows it, she doesn't think arming teachers is a good idea. 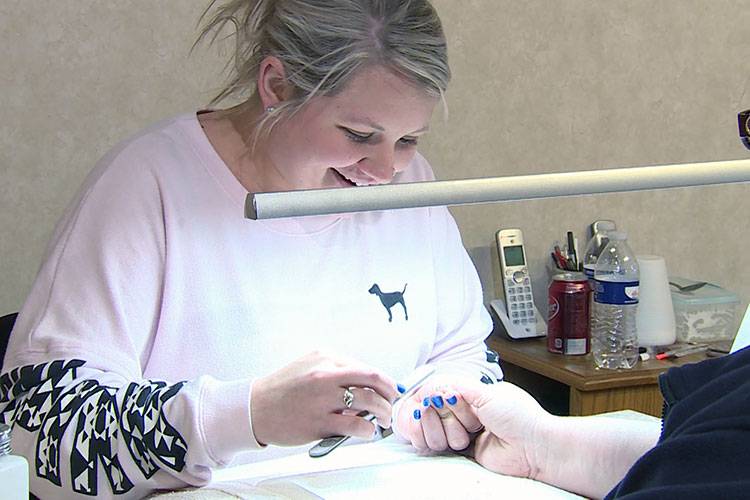 At a nail salon in Jay County, several women say they hope the legislature will make it easier for other districts to make safety improvements like the one here.

Alysia Mann has two daughters who will soon head to elementary school. She worries about what they could face.

"Every night I just pray, 'Keep my babies heatlhy and watch over them everyday,'" she says. "I mean, so much happens."

Brenda Fennig has similar fears about her great grandchildren. She'd like to see the district go even further to protect its students.

"I believe that it's OK to have a gun with a qualified person that's been trained in it," she says. "He needs to wear it on his body. He can't have it locked up somewhere and go and get it when someone's in there shooting your kids."

Tags:2019 legislative sessionschool safety
Support independent journalism today. You rely on WFYI to stay informed, and we depend on you to make our work possible. Donate to power our nonprofit reporting today. Give now. 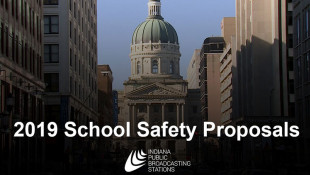 All The School Safety Bills Proposed At The Statehouse This Year

After shootings in two Indiana schools in 2018, lawmakers across the state are proposing legislation aimed at making Hoosier students safer. Here are the measures they'll debate and vote on this session. 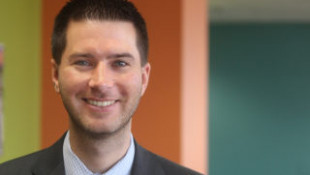 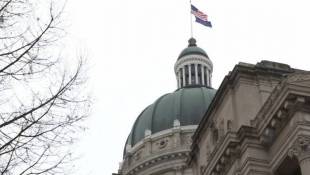 The House Education Committee voted 10-1 Wednesday to endorse changing the superintendent position to one appointed by the governor effective in 2021.