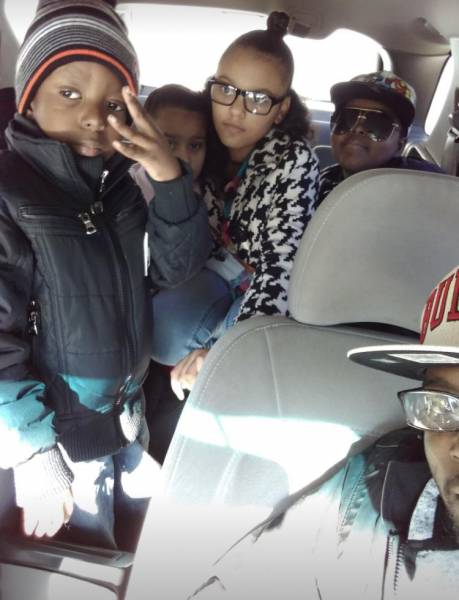 Three times a week, an Uber ride on Indianapolis’s East Side helps to perserve the life of bright-eyed, 11-year-old Jay’Shawn Roberson.

Every other weekday, Jay’Shawn and his snaggletooth smile take a ride from his Brightwood apartment to Riley Hospital for Children for dialysis treatments. James Roberson uses lunch breaks to take his son to outpatient care, leaving Jay’Shawn there so he can return to the job that is a lifeline for his formerly homeless family.

“I was pretty much stable,” says the single father of five. “I had a home [last year] and everything was going good and it all went downhill out of the blue. It takes a lot to be able to able to handle the situation. Times are hard.”

Last year, Roberson hotel-hopped with his family to keep them out of shelters, where he feared he could be split up from his two daughters. He struggled to stretch the $250 he received in unemployment to pay for the stays.

Hoosier housing experts say the coronavirus has put added pressure on many families. There may be fewer options to live with relatives, leaving more parents and children without a permanent residence.

“If a family is experiencing homelessness and does not have a safe place to shelter, they risk losing their kids,” says Chelsea Haring-Cozzi Executive Director of the Coalition for Homelessness Intervention & Prevention.

“That's huge. [They] risk that whole family being broken up.”

And that can hit the Black community especially hard.

Two-thirds of the people in family shelters in Indiana are Black, she says. A number of factors, including  unemployment and housing loss exacerbated by the pandemic, have increased the needs of families experiencing homelessness.

“It’s often Black heads of households that have multiple children that are most at risk of eviction, which can lead to homelessness,” Haring-Cozzi says of Marion County disparity trends.  “We must focus on the whole family and families of all types.”

In December, the coalition received a financial boost: a $1.25 million grant from the Day 1 Families Fund launched by Amazon CEO Jeff Bezos.

Still, organizers say shelters in central Indiana often turn away families because they are at capacity.

“[There’s] a chaotic outside factor, there's not always going to be a bed available that matches my family dynamic and my family structure,” she says. “That creates a lot of tension and complication for individual families who are navigating housing instability.”

The latest Marion County Point in Time Count shows the number of people experiencing homelessness increased slightly to 1,588. And 54 percent of those in the count identified as Black or African American.

Stringham-Marquis say that shows the disproportionate impact on Black Hoosiers. The next count is set to begin later this month.

In a year full of challenges, the coalition has responded to the pandemic by establishing non-congregate shelters throughout the city. It also has expanded outreach to unsheltered families at high risk for contracting the virus for rapid rehousing. 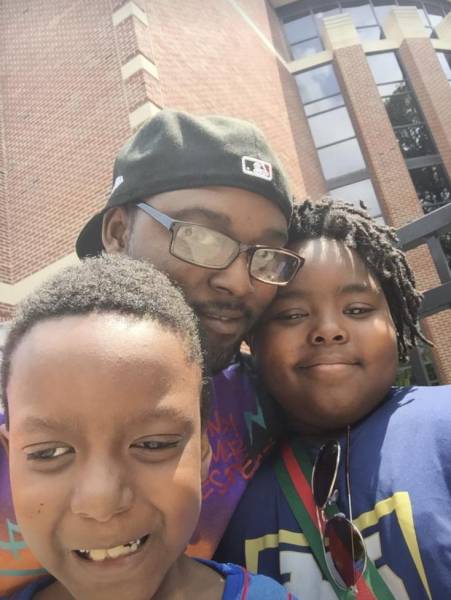 Jay’Shawn's kidney ailment brought Roberson and his children to Indianapolis last year. After living with a relative who died last January, they moved from Chicago to seek medical treatment.

Roberson, a certified plumber, works maintenance at the apartment complex where they have lived for a month — housing paid for the nonprofit Family Promise of Greater Indianapolis.

He’s thankful for that support. “Times is hard now, and a lot of people are just worried about self-love, so there are not too many people out there sincere about helping others."

Jay’Shawn also suffers from asthma and high blood pressure. Other members of the family have health issues as well, including strokes and autism.

Roberson is proud he’s kept his family together despite  these health challenges. But it's hard to keep up with expenses, including the $30 roundtrip ride for Jay'Shawn to get to dialysis.

February is a time for hope for the family. Roberson says aims to take over the lease payments and keep providing for his family with his new job.

“I am grateful to have [Family Promise] as a part of my life,” he says. “It’s starting to get a little better.”

Tags:coronavirusCOVID-19racial disparityhousing
Support independent journalism today. You rely on WFYI to stay informed, and we depend on you to make our work possible. Donate to power our nonprofit reporting today. Give now.