Terri Dee, WFYI Reporter: Eunice, how did you get started with the Black Heritage Preservation Program, and let's talk about your background and why you feel what you're doing now is important.

Eunice Trotter, Black Heritage Preservation Program Director: I've always had a very, very high interest in Black heritage having come from a family with roots here in Indiana dating back to the late 1700s. As a teenager, I worked for the Indianapolis Recorder newspaper when it was on the old Indiana Avenue. So, I saw so much of our heritage in those days in the '70s, late '60s. Then as an adult, I became a journalist. Then later on, I began having more of an interest in statewide Black history and that's when I began to discover that there is so much Black heritage in Indiana that I never learned about in school.

Dee: There has been consistent criticism that Black history, specifically Black history in Indiana is not being taught. Do you see that as an injustice?

Trotter: Absolutely. Too often, the historic imprint of Black people has been rendered invisible in our historical records and on the Indiana landscape. In general, so much of my work will be about combating erasure and the loss of Black history and heritage, which is American heritage.

Dee: Can you name some of the cities your project has its eye on?

Trotter: Just about every city in Indiana, there are places that need to be preserved, such as Norwood, right here in Indianapolis. It was annexed by the city in the '30s.

So, on the south side, just on the east side of Fountain Square, this community was settled by the United States Colored Troops returning from the Civil War; and they've been able to maintain a lot of the history because their community was able to have protections. For example, a trust that was provided for people who want it to sell their homes to sell it to the trust, so that the trust could then retain control that of that home versus that property being sold to a developer or someone outside of that community.

Just on the other side is the Bethel AME church near downtown. It was one of the earliest AME churches here in Indianapolis. Before Indiana landmarks could intervene, part of that church, which is located on West Street, had been demolished and the developer has converted that site to condominiums. The Indianapolis school board just voted to close School 56. School 56 is a historically Black school, rather than to close that school, the system has not considered other uses for it.

Dee: What do you see as the long ranging effects of that? Will future generations be denied true history?

Dee: Eunice, you've given us a treasure of information. Thank you for your time today. 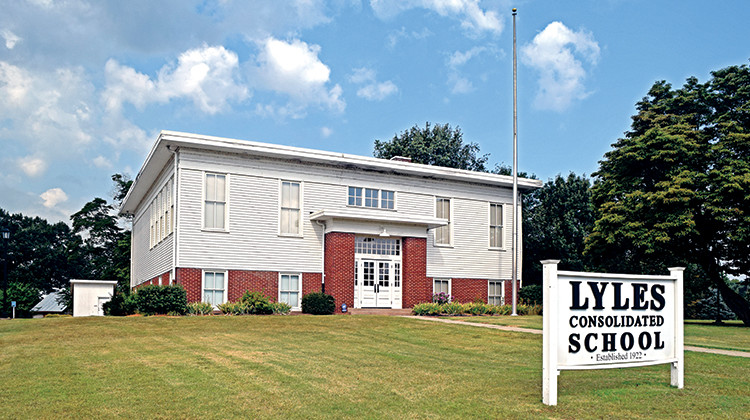