East Chicago is one of three Lake County cities receiving an extra $5.6 million from the state to tear down abandoned houses – but the city won’t be able to use the funds to demolish a lead-contaminated public housing complex.

The money comes from the state’s Blight Elimination Program, which distributed millions in 2014 to help towns acquire and demolish vacant homes.

But Brad Meadows, a spokesman for the Indiana Housing and Community Development Authority, says the money can only be used to tear down structures that were “beyond repair and vacant” during a prior review process.

That means the money won’t apply to East Chicago’s West Calumet Housing Complex. The soil there is contaminated with high levels of lead and arsenic, and the city wants to tear down the complex’s more than 300 homes.

In July, Mayor Anthony Copeland ordered West Calumet’s around 1,100 residents to move out – but only about 10 percent had found new housing as of late October.

The city asked federal officials in November for $8 million to help demolish West Calumet. Those funds have not yet come through.

Tags:East ChicagoLake CountyBlight
Support independent journalism today. You rely on WFYI to stay informed, and we depend on you to make our work possible. Donate to power our nonprofit reporting today. Give now. 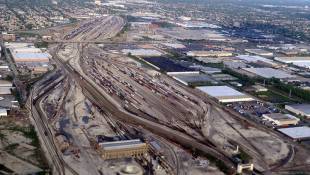 A status update on the project is expected by Feb. 28.