His post, urging the Indiana Department of Transportation to install a stoplight at the intersection of U.S. 52 and State Road 47 -- part of the official detour northbound for Interstate 65, closed by bridge problems in Lafayette -- has more than 5,000 likes.

Until you have to do a death notification to a husband at his office, and then to a teenage daughter at school with her...

The sheriff admits the emotion following the fatal crash was his tipping point for using social media to call for action at the intersection. The crash itself was caused by a distracted driver.

"I still am emotional, and until they go through the situation we go through as officers do on a daily basis, I don’t think they really understand," Nielsen said. "There is some frustration and I’m not going to apologize for what I wrote. I stand firm in what I believe; and I stand firm in making sure that I speak for the citizens of this county."

Nielsen says his office had been in contact with INDOT several times since the detour was announced about getting a traffic signal at that intersection.

“I’d like to see a resolution within 24 hours from INDOT. So, I’m hoping that for 24 hours today, INDOT will come back and say here’s what we plan on doing," Nielsen said. "And with something more than just lowering the speed limit. We have to keep in mind that we have turned a U.S. highway into an interstate.”

In a statement, INDOT spokesman Will Wingfield says they are saddened by the loss of life and are working non-stop to ensure public safety. Wingfield says no solution is off the table.

Nielsen says this is not a turf war with INDOT, and that he had a good conversation with the deputy commissioner.

"We have opened up those lines of communication. He has agreed to keep those lines of communications open," Nielsen said. "What has happened in the past is the past. And what we want to do is make sure we come to a mutual resolution between INDOT the Indiana State Police and the county of Boone Sheriff’s office to make sure we keep these people safe.” 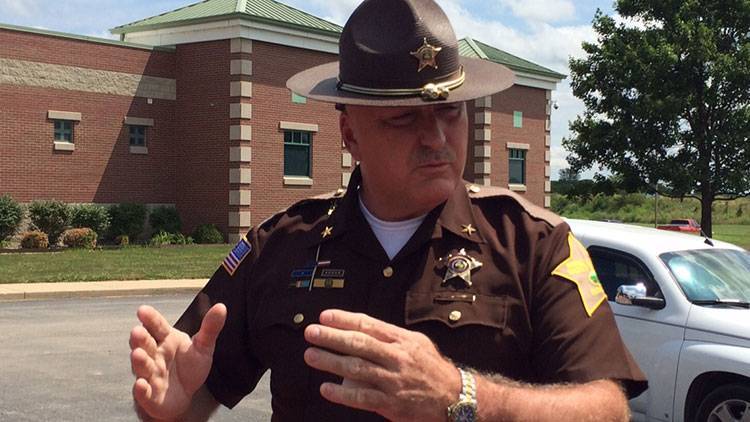 Tags:I-65INDOTIndiana Department of TransportationBoone CountyMike Nielsen
Support independent journalism today. You rely on WFYI to stay informed, and we depend on you to make our work possible. Donate to power our nonprofit reporting today. Give now.