CAFO Committee To Finalize Report To General Assembly Legislators could introduce new regulations during the next legislative session. Committee hearings on the issue have drawn impassioned testimony from supporters and opponents alike.urlAgriculture, CAFO, legislative study committee2017-10-16T00:00:00-04:002017-10-16T00:00:00-04:00
Unable to load the audio player.
You could try direct download?
playpausemuteunmute
Original story from   IPBS-RJC

A legislative study committee this week will wrap up its examination of the state’s confined animal feeding operations barns that feed hundreds to thousands of animals, such as pigs, cows and chickens.

“But neither the people who are anti-animal agriculture, nor the CAFO owners themselves, should have a carte blanche to do whatever they want,” she says.

Glick says a common theme she’s heard from past hearings is that people on both sides of the argument like local control over CAFOs.

Glick says the committee’s final meeting will focus on its report to the General Assembly, which will likely clear up which local, state, and federal agencies regulate which aspects of CAFOs.

The hearing is scheduled for 10 a.m. Thursday at the Statehouse.

Tags:AgricultureCAFOlegislative study committee
At WFYI, our goal is to cover stories that matter to you. Our reporting is rooted in facts. It considers all perspectives and is available to everyone. We don't have paywalls, but we do need support. So if unbiased, trusted journalism is important to you, please join us. Donate now. 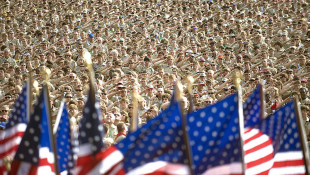