Carmel Clay Schools is one of many school districts accepting free hand-held metal detectors from the state, but school and community leaders caution the detectors are not the sole solution to safer schools.

New Carmel Superintendent Michael Beresford addressed the issue during a public discussion Wednesday night. The district purchased 30 handheld metal detectors, but are still working to devise a plan of how they will be implemented.

It’s almost impossible to screen the 5,000 students attending the high school during a 20-minute window before classes start, Beresford says. Carmel High School is the largest high school in the state.

He says they may be used to randomly search students or in cases of suspicion.

"So there’s a lot of thinking and planning that’ll need to happen before they’re implemented in what I’d call a random way," Beresford says.

Other school districts have held similar talks and many Indiana schools will receive metal detectors after a push from Gov. Eric Holcomb.

The school safety forum is in wake of the May shooting at Noblesville West Middle School where a student and teacher were injured. Noblesville Schools is now asking voters to approve a property tax increase on the November ballot to fund new safety measures. The shooting was frequently referenced by Carmel parents and administrators Wednesday night.

Karla Walsworth, a parent of two children in Carmel schools, and organizer of a local school safety Facebook group, says she was disappointed by the lack of specific information provided by officials.

"We appreciate they’ve come out and have given us what they’re already doing," Walsworth says. "We really want to know what the go forward plan is from this point given the recent shooting in Noblesville."

Officials also announced the creation of a parent school safety advisory committee, and an update to the anonymous online reporting system to receive tips.

Tags:school safetyCarmel Clay Schools
Support independent journalism today. You rely on WFYI to stay informed, and we depend on you to make our work possible. Donate to power our nonprofit reporting today. Give now. 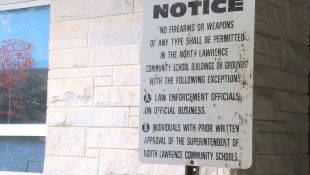 Schools Still Determining How To Use Handheld Metal Detectors

The wands present some legal issues for schools, because their use has been challenged in other states before.