CARMEL, Ind. (AP) — Officials in the Indianapolis suburb of Carmel have delayed action for at least two weeks on a proposal that would ban discrimination based on sexual orientation and gender identity.

In a Monday night meeting, Carmel City Council President Rick Sharp motioned to bring the ordinance to a vote, but was blocked on a 4-3 vote. Several council members have raised concerns about the measure's legal wording.

The ordinance was tabled last week by Carmel finance committee chairwoman Luci Snyder, who says she plans another committee meeting within the next two weeks. The Indianapolis Star reports Sharp says he'll bring it up for debate before the full council regardless on Oct. 5.

Snyder says she agrees the city should let people know it's inclusive, but that the measure needs work.

Tags:LGBTCarmelRick Sharp
Support independent journalism today. You rely on WFYI to stay informed, and we depend on you to make our work possible. Donate to power our nonprofit reporting today. Give now. 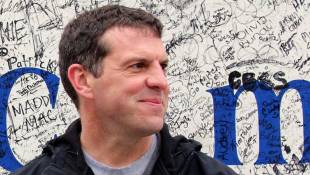 Oesterle Says 'No Room' To Compromise On LGBT Rights

Bill Oesterle, who is heading up a new tech company coalition pushing for the change, said Monday that only full civil rights protections will show Indiana doesn't support discrimination.