At least 56 schools across six Central Indiana counties were flagged for elevated lead levels in the water. A lead sampling program started by the state collected the data.

Schools in Boone, Hamilton, Hendricks, Johnson, Marion and Shelby counties tested positive for lead levels above the EPA recommendation of 15 parts per billion. A preliminary list is available through the Indiana Finance Authority website.

Schools tested were part of a voluntary sampling program. Of the 57,000 samples collected statewide, 61 percent of them have at least one fixture -- a water fountain, or a sink -- with elevated lead levels.

An Indiana Finance Authority spokesperson says many of the elevated levels were found in water fountains that aren’t regularly used.

The IFA and Indiana Department of Environmental Management released short-term and long-term recommendations for schools. These include shutting off problem fixtures, flushing piping systems or replacing service lines.

This data will be regularly updated leading up to a final report expected in January 2019.

Tags:Indiana Finance Authoritylead testingleaddrinking water
Support independent journalism today. You rely on WFYI to stay informed, and we depend on you to make our work possible. Donate to power our nonprofit reporting today. Give now. 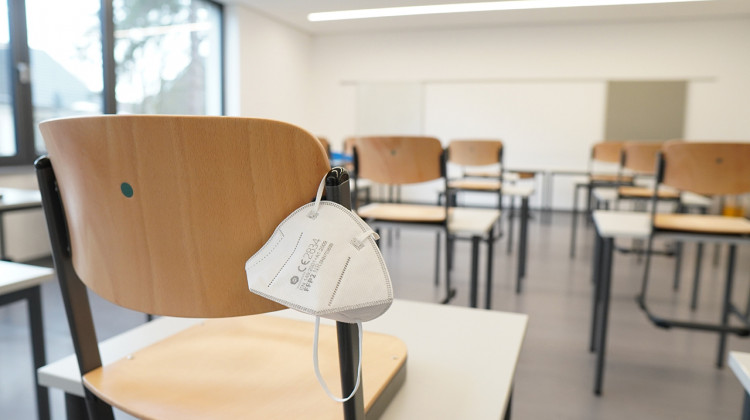 Nearly 19 percent of Indiana students were chronically absent last school year, a substantial increase from the years before the pandemic.
Read More